“I personally feel that the film is a legacy,” said the granddaughter of one of the Loughinisland victims. “When I’m dead and gone it will be there for generations." 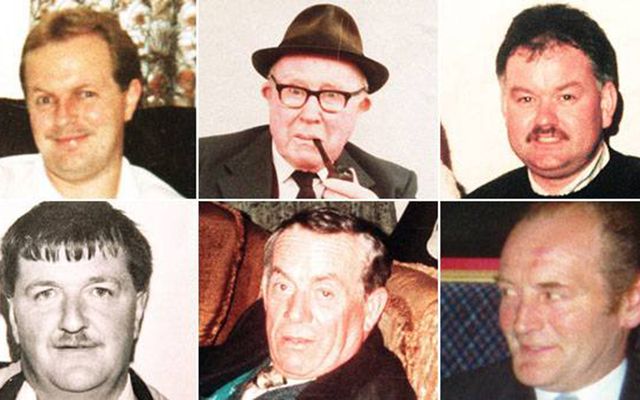 A long-awaited film documentary by an Oscar-winning director is set to bring the story of the British government’s role in the infamous 1994 Loughinisland massacre to a world audience and re-open allegations of massive collusion between British security forces and Loyalist killers.

“No Stone Left Unturned” will have its world premiere on Saturday, September 30 at the New York Film Festival and will include a Q & A session with famed director Alex Gibney. Producer Trevor Birney is also expected to attend.

Efforts to have the film included in last year’s Tribeca Festival were ended due to legal reasons.

The Loughinisland massacre took place on June 18, 1994 in the small village of Loughinisland, County Down, Northern Ireland. Members of the Ulster Volunteer Force (UVF), a loyalist paramilitary group, burst into a pub with assault rifles and fired on the customers, killing six civilians and wounding five. The pub was targeted because it was frequented mainly by Catholics and was crowded with people watching the Republic of Ireland team playing in the 1994 FIFA World Cup.

The massacre occurred just as the IRA were deciding whether or not to call a ceasefire, a critical time in the Irish peace process. It was a clear attempt by elements within the British military to kill off the peace process.

Releasing his 2016 report of the massacre, Northern Ireland Police Ombudsman Dr. Michael Maguire said he had no hesitation in determining collusion between police and security services and loyalist paramilitaries happened at the highest levels.

The movie will tell the story in the context of the 1994 World Cup and Moira Casement, niece of victim Barney Greene, said the families hoped people would be brought to account.

“The ripples that the report caused and the media interest in that was good to see,” she said. “There wasn’t a paper you picked up that didn’t refer back to Loughinisland. It caused wider ripples."

Alex Gibney the director, is from New York. He won an Oscar in 2008 for a documentary called "Taxi to the Dark Side, "which was about the Bush administration’s use of torture in Iraq.

This title, "No Stone Left Unturned," comes from family member Claire Rogan’s comments about how the police assured the families there’d be no stone unturned in the investigation. Claire Rogan’s husband Adrian was murdered watching the game.

The documentary looks at the issue of how the state’s policy of protecting intelligence and informers was prioritized over the families’ rights to natural justice and bringing killers to court.

“The Police Ombudsman’s report came out in June 2016 and it has confirmed the fact that there were informers in Loughinisland,” Rogan said.

“While the Ombudsman’s report gave us much more answers we feel there are still unanswered questions there and that’s that this documentary is about.”

Niall Murphy from KRW Law said the state’s involvement in the massacre made it a story that had to be told.

“We have a circumstance where the car is delivered to a murder gang by a registered informer, he said.

“Police are aware of this within an hour and within months the car is destroyed. The RUC kept destroying the evidence. They destroyed the car after ten months. They destroyed all interview notes of any suspect who was interviewed in the first two years.

“Gough Barracks was a convenient excuse. Asbestos became the state’s convenient shredding machine. Every interview note ever taken from a suspect was destroyed and we don’t have that any more.

“Police have lost the log book of the car (car's title) and we know now that they didn’t collect cigarette butts from the bar. They left a bullet in the bar that wasn’t discovered for almost two years.

Emma Rogan, whose father Adrian was murdered that night, said for her the film will be a permanent memory to the victims and the injustice done.

“I personally feel that the film is a legacy,” she said.

“When I’m dead and gone it will be there for generations.

“My granda Rogan died. Willie O’Hare died – all the older generation are dying off, but this will be here for my children’s children to see what happened here and what was wrong.”

Irish American contributors to the documentary include William Flynn a key figure in the American role in the peace process whose family is from the area and IrishCentral Founder Niall O’Dowd.