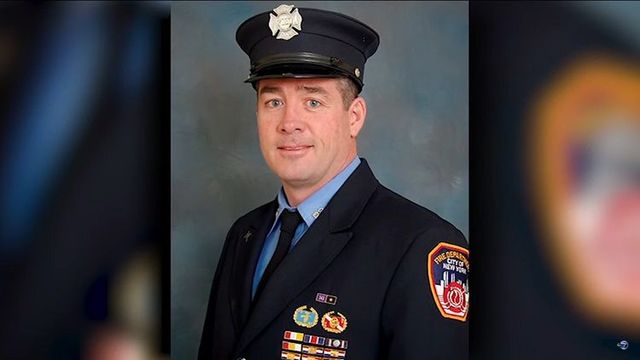 Dan Foley joins in death his firefighter brother, Tommy, whose body he carried from the 9/11 rubble.

Dan Foley was 46 and left behind a wife and five children. 500 firefighters showed up to honor him.

At the church, the US, Irish and FDNY flags flew and the 500 firefighters stood to attention. The dirge “Going Home” was played.

Dan Foley was laid to rest next to his brother at St. Anthony Cemetery in Nanuet. His college buddy Mark Fenton gave the eulogy.

Read more: The root of all evil, and the hard lessons learned on 9/11

“When you were with Danny, you felt 10-feet tall and bulletproof,” Fenton said.

Dan Foley was actually off duty on 9/11 but rushed to the site. He promised his parents when it became evident that Tommy was gone that he would find his body. He did some days later,

At 32, Tom Foley was already a ten-year veteran of the FDNY, when he died with Rescue 3 Company on 9/11. It was the job he dreamed of since childhood when he would visit the Harlem firehouse of a family friend, Firefighter Bob Conroy. 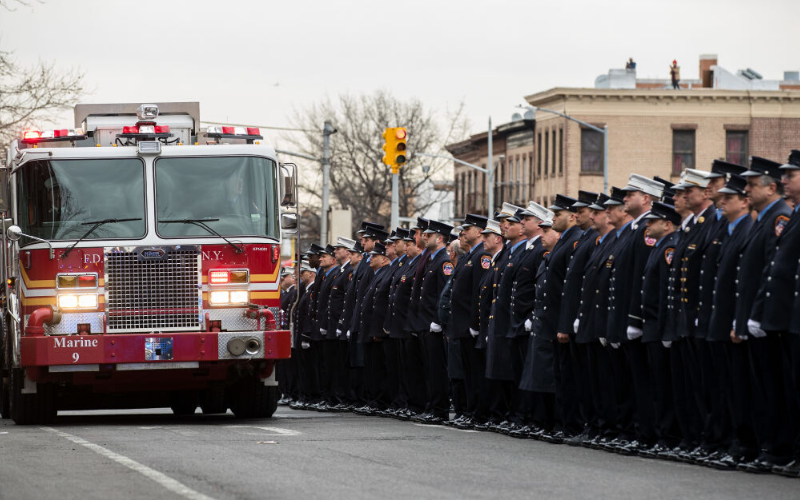 “Tommy boy – that’s what I call him, ever since he’s a kid,” Conroy said, speaking to Brian Rohan for Irish America just days after 9/11. “I can still see Tommy boy running around the firehouse in Harlem, running around and getting filthy dirty. It’s all he ever wanted to do.”

Read more: 9/11: Memories of a day that seared my soul

As a firefighter, Foley had made many daring rescues. In 1999, he and Police Officer Romano Amleto went over the side of a high-rise building to rescue two construction workers whose scaffolding had collapsed. Descending by ropes, Foley and Amleto grabbed the men, safely bringing them to the ground.

In addition to being a firefighter, Tom made a name for himself as a rodeo rider (his interest in the cowboy lifestyle came from working on his grandfather’s farm in upstate New York. He was also a competitive powerlifter and found time to skydive.

In 2000, People magazine featured Tom, who was born in the Bronx and grew up in West Nyack, as one of the sexiest men at work. He was also honored by Irish America in 2000 and he probably gave the shortest acceptance speech in the history of the awards. He shrugged, smiled, looked at the audience and said, “When anyone asks me, I just tell them ‘I’m Irish.’ ”

Read more: Remembering the Irish and Irish Americans lost during the 9/11 attacks