Damian Browne made history when he reached Galway on October 4 after he spent 2,686 hours at sea rowing 3,450 nautical miles from New York City. 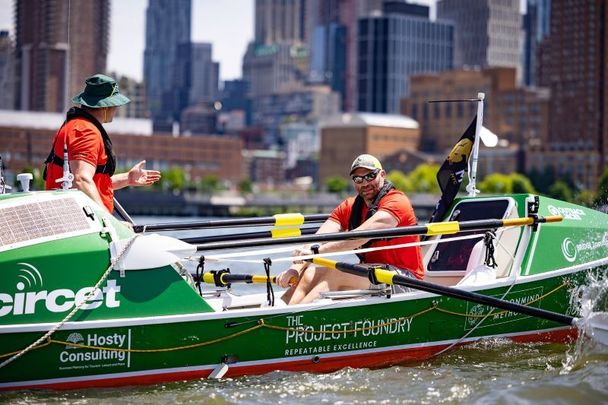 Irish rower Damian Browne in New York at the start of his history-making journey to Galway. Emilija Jefremova

Damian Browne is rightly being praised as a hero after he became the first person in history to row from New York To Galway.

Browne and his boat Cushlamachree came ashore on the rocks at Furbo Beach, just short of The Port Of Galway, just before 1 am on Tuesday, October 4, after spending 2,686 hours at sea and rowing over 3,450 nautical miles.

Browne, who undertook the journey as part of Project Empower, left Chelsea Piers in Manhattan on Tuesday, June 14 at 03:10 am (GMT + 1). He ultimately spent 112 days, nearly 16 weeks, at sea, fighting the elements every step of the way.

In the last hours of his epic, unforgiving undertaking, Mother Nature had her way and forced Browne ashore in precarious circumstances on the rocks at Furbo Beach, Co Galway. 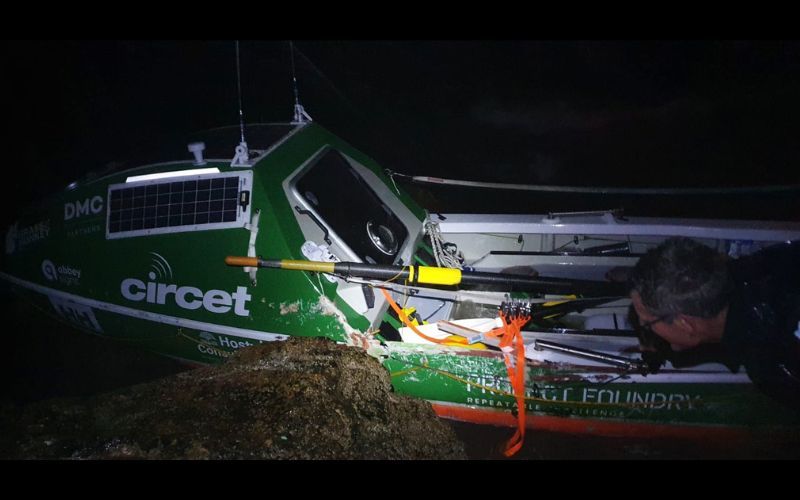 Cushlamachree on the rocks at Furbo Beach, Co Galway.

First on the scene were Garda Micheál Ó Ráinne from An Spidéil, Garda Vincent Kelly from Indreabhán, and Garda Eoin O’Malley from Carna who found Browne and Cushlamachree on the rocks and helped him to safety.

Browne and Project Empower expressed their sincere gratitude to the Gardaí and the Emergency First Responders who looked after the history-making rower so well.

"It was a very tense and stressful night," Browne said in a video update on Tuesday.

While gutted not to have made it to The Port Of Galway, Browne is now reunited with his family and is in good spirits. He received a hero's welcome in Galway on Tuesday afternoon.

The journey, which has been entitled Project Empower, is part of a fundraising effort for four charitable organizations: National Rehabilitation Hospital Foundation, Ability West, Madra, and The Galway Simon Community. Those wishing to support Project Empower's charity partners they can do so by visiting iDonate.