Conor McGregor has been released after he was arrested and charged for alleged dangerous driving in Dublin on March 22. 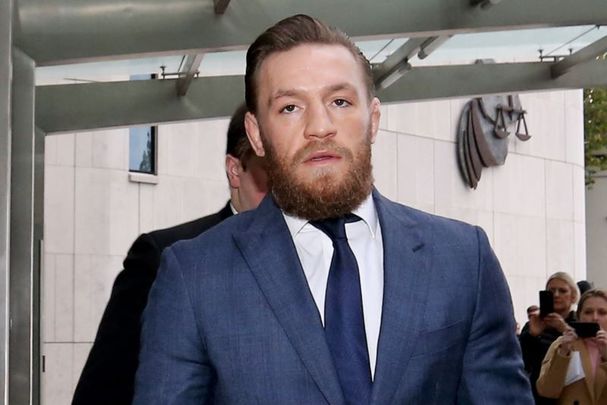 November 1, 2019: Conor McGregor as he leaves the Criminal Courts of Justice in Dublin after pleading guilty to assault charges from April 2019. He was fined €1,000. RollingNews.ie

Conor McGregor, the Irish UFC superstar, has been released after being arrested and subsequently charged for alleged dangerous driving in Dublin on March 22.

“Gardaí arrested a man aged in his 30s in relation to an incident of dangerous driving in the Palmerstown area, Tuesday 22nd March 2022," Gardaí said in a statement to The Irish Independent.

"The man was taken to Lucan Garda Station where he was later charged.

"He has been released pending an appearance before Blanchardstown District Court at a later date."

McGregor's spokesperson said: "Mr. McGregor was driving to the gym when he was stopped by Gardai for alleged road traffic violations.

"He passed the drug and alcohol tests taken at the station."

The car McGregor was driving, his Bentley Continental GT valued at around €170,000, was seized by Gardaí, but has since been released back to him, according to The Irish Independent.

If convicted, the maximum punishment for McGregor, who was named the highest-paid athlete in the world in 2021 by Forbes, could be a fine of up to €5,000, or six months imprisonment, or both.

Entertainment site TMZ has obtained the video of McGregor's alleged dangerous driving in Dublin. In the video, apparently filmed in another car on the road, the unnamed people seem surprised that McGregor was getting pulled over:

The Irish Independent notes that McGregor was fined €1,000 in 2019 after pleading guilty to common assault of a man at the Marble Arch pub in Dublin earlier that year. During that hearing, the court was told that McGregor has 18 previous convictions, mainly for road traffic offenses, but one for assault causing harm, as well as public order offenses, dating back a number of years.

McGregor is currently in the midst of a civil case taken by a woman against him and his associate arising out of an incident that occurred in December 2018.

The Irish Examiner reported on March 21, the day before McGregor's latest arrest, that a Dublin court granted a pre-trial discovery order in the woman's civil case against McGregor.

The incident at the center of the woman's claims had previously been the subject of an investigation by An Garda Síochána, the Irish Examiner notes. However, the Office of the Director of Public Prosecution decided no criminal charges should be brought.