Having suffered several losses to cancer this couple are fighting back by raffling their home to raise funds for charity. 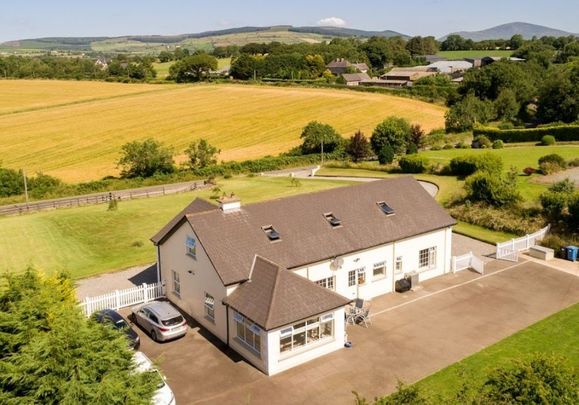 Having lost family during Covid and grieving from afar, David and Jane Joynes were inspired to raise funds for charity by selling what they thought would be their "forever" home in the sunny southeast.

I live with my wife, Jane, three cats, and two dogs, in our "forever" home in County Wexford about a 14-minute drive from New Ross. We retired here five years ago and, after making various improvements to our 4/5 bedroom detached house, we seemed destined to happily live out the rest of our lives in this lovely rural location.

However, during our adult lives, we have lost several family members and close friends to cancer. Each time we lost another we grieved and hoped for a cure before the next one left us, and then three years ago yet another close family member, my brother, succumbed to this insidious disease and we lost him just a few months ago.

As he lived in France, we were unable to visit him and could only communicate by phone. When he died, we were unable to attend the funeral, due to Covid-19 restrictions, to comfort his family and say goodbye to him. We virtually attended by Zoom and while we appreciated this resource it felt like a shadow of what it should have been. It may seem a strange thing to say but this seemed like the final straw. I grieved when my parents died but when my brother passed on, I could not accept it as I expected him to be around for the whole of my life. He was only 71, two years older than me. This time we grieved but also got angry. We were not angry at any person, at Covid-19 or any government. We were angry at cancer for taking away another of our loved ones. We felt that we had to do something.

As pensioners we were unable to give a significant amount of money to cancer research, so, after extensive and heart-rending discussion we decided to raffle our most expensive possession, our house, using the well-known raffle site, Raffall. We needed to make more money than we could afford to give for cancer research and found out that Raffall would guarantee that, for our house lottery, no matter how many tickets we sold, the Worldwide Cancer Research charity would gain 10% of the total revenue.

And then tragedy struck again. Just as we were about to set the raffle off, we were informed that another close relative, Jane’s brother, had committed suicide. He left no explanation and we had no idea why he would do this heart-breaking thing. We couldn’t understand and, as all those left behind do, we blamed ourselves for not realizing that he was in this mental state. And so, we grieved again.

Now, not only did we have to fight against cancer we also felt we had to aid those who could help to prevent others from taking their own lives.  As we could only give a maximum of ten percent of the revenue of our raffle to charity, we left it as it was but we now needed to also give a significant amount to a Mental Health charity, and the only way to do this was to make certain that we sell enough tickets to allow us to donate from our own revenue.

To enter and be in with a chance to win and support Jane and David visit www.raffall.com/winawexforddetachedhome.