The Wild Atlantic Fleadh was due to take place between March 13-17 this year. 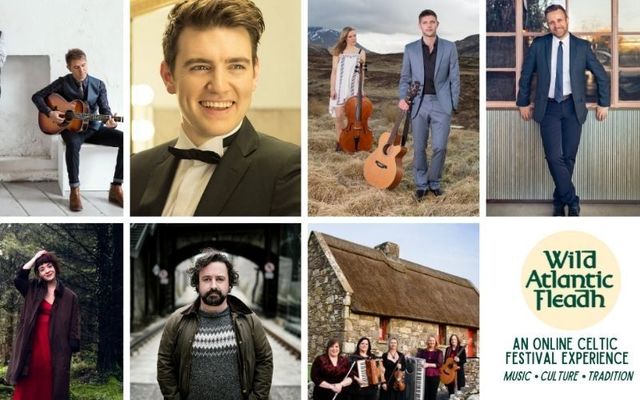 The festival was due to feature established acts like Nathan Carter and Celtic Thunder. VenuWorks

The organizers of the Wild Atlantic Fleadh, a virtual Irish festival due to take place over St. Patrick's weekend this year, have decided to postpone the event until 2022 due to the surge of coronavirus cases in Europe and the USA.

The festival was due to take place between March 13-17 this year, but organizers have pushed the event until spring 2022 with COVID-19 cases surging across Europe and America.

In a statement released on Friday, festival organizers said that the postponement was disappointing but that the health and safety of all performing acts came first.

"While we are very disappointed to have to push the Wild Atlantic Fleadh to next year, the health and safety of our performers and crew has to come first," organizers said in a statement.

"Our confidence that we could safely produce the online Fleadh was based on the numbers when we announced back in November, however, the current trajectory of the virus is a different playing field to anything prior.

"We know that postponing the Wild Atlantic Fleadh is the responsible and right thing to do. One positive outcome of moving the Fleadh to 2022 is that we can  combine the planned online event with a live and in-person event, which was always the long term goal of the producers."

The festival was due to take place virtually across three separate stages and included acts like Nathan Carter, Celtic Thunder, and artists from established acts like Celtic Woman and Riverdance.

The Wild Atlantic Fleadh was also due to include poetry readings, storytellers, cooking classes, cocktail-making demonstrations, and performances from up and coming young musicians.

Festival organizers will release details about the rescheduled dates in the near future. Meanwhile, anyone who purchased tickets for this year's virtual festival can claim a refund through Stage It.

Any concerns or questions regarding the status of their refund should be directed to support@stageit.com