The Wild Atlantic Fleadh will run for five days over St. Patrick's Weekend next year. 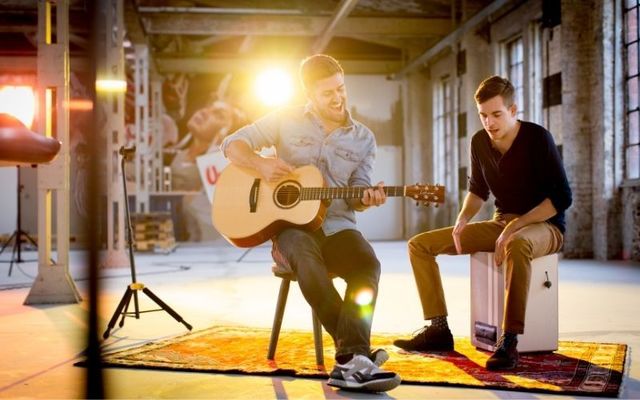 Any musician aged 18 or under with an Irish background or an interest in Irish music is invited to apply. Getty

A virtual Irish festival is calling on young and aspiring to submit video applications to be in with a chance of performing in front of thousands of people.

The Wild Atlantic Fleadh, a five-day festival featuring over 60 performers, will run over St. Patrick's weekend 2021 and the producers are calling on up-and-coming musicians and bands aged 18  or under to submit a video application of their best work to be in with a chance of winning a special slot at the festival.

The festival features a daily slot that will showcase up-and-coming artists, representing a fantastic opportunity for aspiring musicians by providing them an opportunity to access a wider potential audience and potentially launch their act on an international stage.

The Wild Atlantic Fleadh offers two separate streaming events for viewers from North America and Europe and the five successful applicants will be streamed on both events, according to festival organizers.

Anyone interested in applying for the competition should send a video of their chosen performance to showcase@wildatlanticfleadh.com by 6 p.m. EST on February 14, 2021.

The competition is open to any musicians of an Irish background or to anyone with a love of Irish music.

The Wild Atlantic Fleadh, meanwhile, will run from March 13-March 17 next year and will feature three virtual stages.

The MainStage features the daily headline shows, including the likes of Celtic Thunder, country star Nathan Carter and Chloe Agnew of Celtic Woman, while The Pub will feature traditional music and dance, in addition to performances from storytellers, a mixologist and a renowned chef.