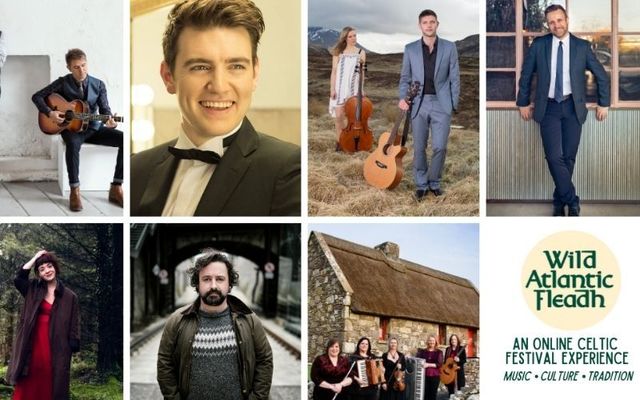 The Wild Atlantic Fleadh will run from March 13-March 17. VenuWorks

A new Irish festival celebrating all things Ireland will be going live for St. Patrick's weekend 2021.

Running from March 13-March 17, The Wild Atlantic Fleadh is a five-day celebration of Irish music, dancing, and culture, featuring performances from Nathan Carter and Celtic Woman's Chloe Agnew among many others.

The virtual festival will feature Irish, Scottish, and American artists who have been affected by the COVID-19 pandemic while simultaneously providing some of the best examples of Irish music.

The virtual festival will take place across three separate stages. The Main Stage will include performances from the daily headline acts and their support acts, while The Pub will be full of performances from traditional musicians, storytellers, and dancers.

The Wild Atlantic Club -the smallest of the three stages at the festival - will feature acoustic shows, bespoke workshops, and performances from poets, comedians, and up-and-coming artists.

There will be Irish dance workshops at the Wild Atlantic Club throughout the five-day festival.

There will also be daily demonstrations from an award-winning Irish chef, who will be showing off some of their best recipes in time for St. Patrick's Day. The chef will be joined by award-winning mixologist Liam Cotter, who will be giving out daily cocktail recipes for guests over 21 years of age.

The festival will also include a Virtual Irish Travel Village, offering daily travel tips and deals, allowing festival-goers to learn about the Wild Atlantic Way, Ireland's Ancient East, and research their genealogy.

All told, The Wild Atlantic Fleadh is a five-day celebration of everything Irish and will call to anyone with a morsel of Irishness in their blood.

Tickets are on sale now for $75, giving guests access to more than 60 live events.