Vicky Phelan, the CervicalCheck campaigner who died aged 48 on November 14, is being remembered for her "enormous contribution" to Irish society. 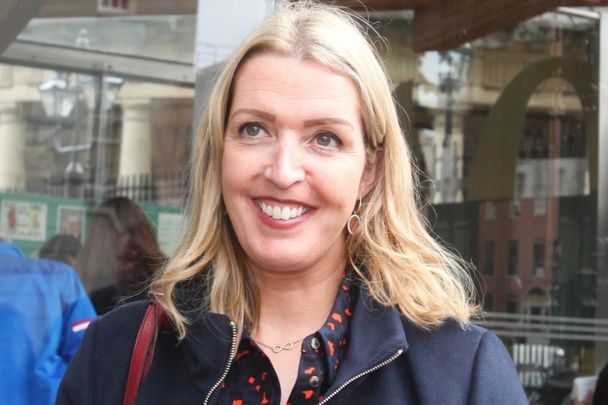 CervicalCheck campaigner Vicky Phelan died on November 14 at the age of 48. RollingNews.ie

Tributes have poured in for Ireland's CervicalCheck campaigner Vicky Phelan, who died on November 14 at the age of 48.

Phelan is credited with making Ireland's CervicalCheck scandal public knowledge after was wrongly told a cervical smear test she had in 2011 was normal and was not diagnosed with cancer until 2014.

In 2018, on the steps of Ireland's High Court, Phelan gave a now-infamous address where she exposed one of the worst women’s health scandals in Irish history, the cervical cancer debacle.

Phelan died in the early hours of November 14 at Milford Hospice in Co Limerick.

On Monday, 221+, the CervicalCheck Patient Support Group of which Phelan was a founding member, said in a statement that they are "shattered" after they "lost our biggest big sister."

Poignantly, the group said: "Vicky raised her voice in 2018 because she wanted those in power, those with responsibility to learn from their mistakes.

"In her own words, two years ago, she said

"Let those words be her legacy. Cervical screening saves lives.

"It failed Vicky in life. In her memory those with responsibility must ensure that it never fails others."

Today we have lost our biggest big sister. We are shattered. She told us this day would come but she fought so hard & so well that we couldn’t let ourselves think it would happen

Elsewhere, President of Ireland Michael D. Higgins said Phelan had made an "enormous contribution" to Irish society thanks to her "tireless efforts", adding that anyone who met her would have been struck by the "powerful inner strength and dignity" with which she faced her illness.

"Thanks to her tireless efforts, despite the terrible personal toll she herself had to carry, so many women's lives have been protected, and will be protected in the future," Higgins said in a statement.

"She will be deeply missed, by all of those who were in awe of her courage, her resilience, offered not only to women but to all of us in Ireland."

Higgins also offered his condolences to Phelan's husband Jim and her children Amelia and Darragh.

Statement by President Higgins on the death of Vicky Phelan https://t.co/Zg7Sw41apQ pic.twitter.com/G4v7EsG3Dx

Taoiseach Micheál Martin also paid tribute to Phelan describing her as a "woman of "great courage, integrity, honesty and generosity of spirit".

"She will be long remembered as someone who stood up for the women of Ireland, & globally," Martin said on Twitter.

Very saddened at the passing of Vicky Phelan, a woman of great courage, integrity, honesty & generosity of spirit.
She will be long remembered as someone who stood up for the women of Ireland, & globally.
Our condolences go to her husband Jim, Amelia & Darragh, friends & family.

Tánaiste Leo Varadkar said Ireland has "lost a woman of limitless courage, compassion, and strength", adding that she was a "shining example of the power of the human spirit".

"Her fight to uncover the truth and the courage with which she has faced her illness made her an inspiration to us all".

Sinn Féin President Mary Lou McDonald said Phelan was a "champion of women" and a "campaigner who took on the state and won".

Charlie Bird, the former RTÉ News reporter who befriended Phelan after he was diagnosed with motor neurone disease, said "the whole country should be in mourning" after Phelan's death.