Charlie Bird and Vicky Phelan, two of Ireland's bravest, have vowed to climb Croagh Patrick together if they're able to next year. 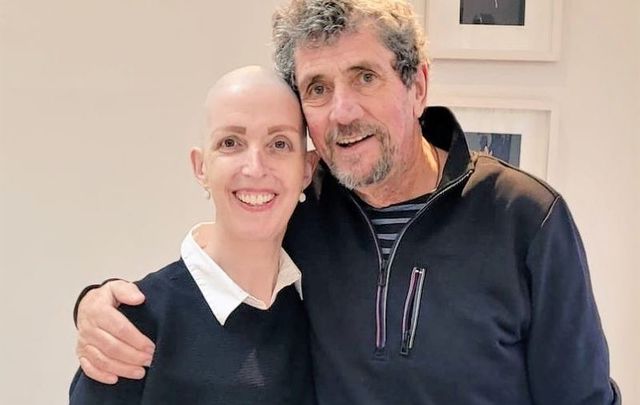 Phelan, who also recently spoke openly on the weekly show about her decision to cease therapy and begin palliative care, said she was talked into joining Bird in a bid to climb Croagh Patrick in spring, probably in March.

She said after their meeting she promised to him, “Charlie, assuming I’m still where I am I will climb Croagh Patrick with you.”

The tea & scones* have been had. The conversation flowed. We laughed. We cried. We hugged (apologies in advance to the Covid brigade!) We made plans to meet again ❤

I have also been roped in to climb Croagh Patrick with Charlie & Claire and the whole of Ireland, it appears 😊 pic.twitter.com/O9rENqFhnx

The two are high-profile battlers who know they soon face death.

Phelan, a 47-year-old mother of two, was among a group of women who highlighted faults in Ireland’s CervicalCheck system when they were given false reports on their cancer smear tests. She was awarded €2.5 million three years ago by Dublin High Court.

Bird, 72, a former Washington correspondent for RTÉ, was for many years the station’s most prominent reporter, a reputation partly built by being ever-present on the plinth in front of Leinster House to quiz politicians about controversial decisions.

He was diagnosed with Motor Neurone Disease earlier this year and told Late Late viewers in a failing voice that medics gave him “two to three years,” and he would lose his voice in a few months.

There was massive public support for him after his appearance with his wife Claire.

Bird admitted when he thinks about his illness he cries every day. But he still loves breaking exclusive stories. He hinted that together with hundreds of people who have been in touch about joining him and Phelan on their pilgrimage up Croagh Patrick is “a very, very famous figure – a singer” who has agreed to join the crowd if he is in the country at the time.

He said his meeting with Phelan was “really, really beautiful.” He added, “It’s as if we had been friends all our lives. We joked – it wasn’t all doom and gloom.”

They met after Phelan tweeted about his Late Late appearance: “What can I say except Bravo Charlie...You were so vulnerable sharing so openly the terror of living with a disease that you know is going to take everything from you -- your voice, your swallow, your mobility...yet your love of life, family, and friends shone through.”