Diagnosed with terminal cancer following a cervical smear test error in 2011, she would never advocate for euthanasia but said that people deserved to choose how they to die. 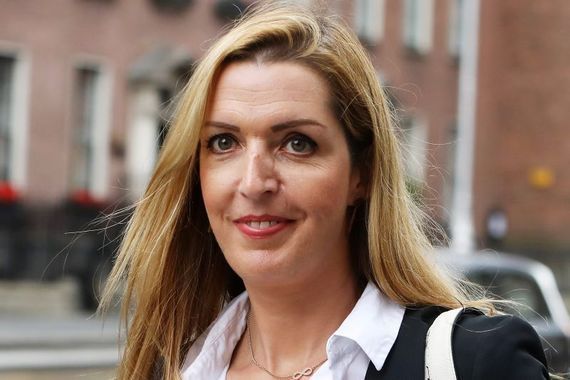 Phelan, who was diagnosed with terminal cancer following a cervical smear test error in 2011, said that she is "not as terrified of dying" as she was and added that she didn't want to prolong her suffering for the sake of her children.

"I know it doesn’t happen to everyone but that death rattle, you know, I did see it in one case and it frightened the life out of me. And I thought if it frightened me, what would it be like for my children if they had to witness that?" Phelan told the Sunday Times.

The Kilkenny native is supporting the Sunday Times' campaign, which was launched on Sunday in support of voluntary assisted death for terminally ill patients.

She said that she would never advocate for euthanasia but said that people in similar situations to her deserved to choose how they want to die.

"It’s about choice. We choose what way we want to live — when to have children, when to get married. Why should you not be able to choose what way want to die, particularly in a situation like mine?"

Phelan said that she support People Before Profit TD Gino Kenny's unsuccessful Dying with Dignity Bill last year, which was rejected because it was poorly drafted.

She said that Kenny has told her that he intends to introduce a new bill on the issue next year but believes that the bill will come too late for her.

Phelan has lobbied Irish politicians on the subject of assisted dying and believes that they are more conservative than the Irish public on the matter.

"I don’t understand what is it that holds politicians back," she told the Sunday Times.

Phelan said that most Irish people have been supportive of assisted dying.

Last month, an opinion poll published in the Sunday Times found that 68% of Irish people were in favor of legalizing assisted dying, while just 20% of people were against measure.

Phelan announced this month that she had decided to stop her chemotherapy treatment after becoming so ill that she couldn't get out of bed for 10 days.

"I was sick, in pain, tired and going from one side effect to another and this is something people don't talk about," she told RTÉ's Late Late Show.

She said that she once feared that she wouldn't live to see Christmas but told the Sunday Times that she now fears lingering for "quite a while".

"I’m a young woman. I’ve a strong heart. I was quite fit before I got cancer. I don’t want to linger — for the kids — but, no matter how much you sedate someone, you still have to wait for the heart to go. The younger you are, the longer that’s going to take," she said.

She said that other people shouldn't have the right to impose their beliefs on terminally ill patients.

"Just because you believe something for your own reasons, whether they’re religious or other, you shouldn’t be imposing your beliefs on somebody else,"