Vicky Phelan, who was diagnosed with terminal cancer in 2014 following an earlier cervical smear test error in 2011, died at Limerick's Milford Hospice on November 14. 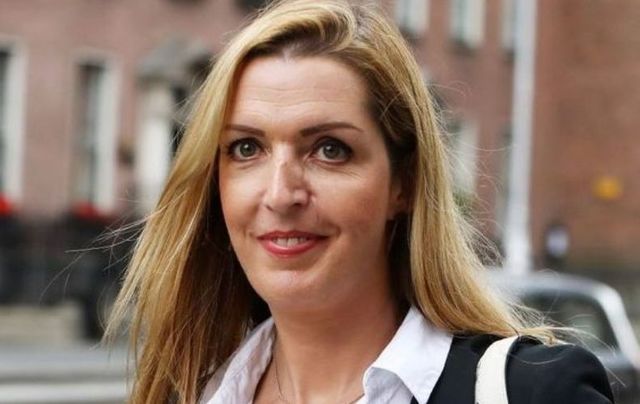 Vicky Phelan, Ireland's CervicalCheck campaigner, has died at the age of 48 this morning, November 14.

Phelan, who was diagnosed with terminal cancer in 2014 following an earlier cervical smear test error in 2011, died at Limerick's Milford Hospice in the early hours of Monday morning.

In 2018, Phelan settled a High Court action for €2.5 million with Clinical Pathology Labs US, without admission of liability.

Phelan's tireless campaigning led to the 2018 Scally Independent Investigation into the CervicalCheck Screening Programme, which provided a number of recommendations for improved cervical screening in Ireland.

Her campaigning also led to a state apology for the CervicalCheck scandal and the establishment of the 221+ support group for other women who had been affected by cervical smear test errors.

Today we have lost our biggest big sister. We are shattered. She told us this day would come but she fought so hard & so well that we couldn’t let ourselves think it would happen

Phelan's original smear test in 2011 showed no abnormalities, but she was later diagnosed with terminal cervical cancer in 2014.

Phelan, who was born in Waterford and lived in Limerick for most of her life, traveled to the US on several occasions to receive treatment.

In 2021, she traveled to Maryland to participate in an immunotherapy drug trial but returned to Ireland for palliative chemotherapy in October last year after announcing that a scan had revealed new tumors.

"Unfortunately, following a PET scan which my radiation oncologist at Georgetown University Hospital ordered, I have some new tumours. I have two new tumours in my neck but the worrying one is a new tumour on my bowel," Phelan said in a post on Instagram at the time.

Phelan documented her experiences in her 2019 memoir "Overcoming", which was voted the An Post Book of the Year.

"Vicky", a documentary exploring how her dedication and bravery changed women's healthcare in Ireland, was also released earlier this year.