"Vicky" is described as an intimate journey into Irish woman Vicky Phelan's fight to expose the truth of the Irish cervical cancer debacle and her own personal fight to stay alive. 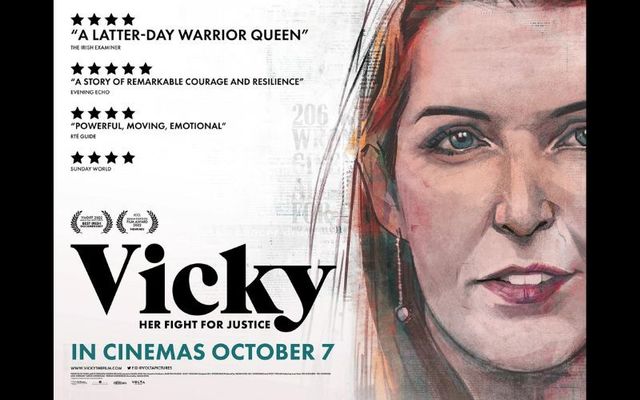 "Vicky" will be released in Irish cinemas this October. Volta Pictures

"Vicky," the award-winning Irish documentary about CervicalCheck campaigner Vicky Phelan, will be released in Irish cinemas on Friday, October 7.

The new Irish documentary "Vicky" is described as "a profound and intimate journey into not only Vicky’s fight to expose the truth of what happened for all women but also her own personal fight to stay alive."

The DFCC Best Irish Documentary Award goes to the incredibly powerful Vicky. Well done to all of the team who brought this documentary to life!@vickythefilm22 pic.twitter.com/K3XG8RDIXT

Kilkenny native Vicky Phelan is credited with making Ireland's CervicalCheck scandal public knowledge. She was wrongly told a cervical smear test she had in 2011 was normal and was not diagnosed with cancer until 2014.

In 2018 on the steps of Ireland's High Court, Phelan gave a now-infamous address where she exposed one of the worst women’s health scandals in Irish history, the cervical cancer debacle.

The new Irish documentary "Vicky," which was directed by Sasha King, was voted Best Irish Documentary by the Dublin Film Critics Circle at this year’s Dublin International Film Festival and was nominated for an Irish Council of Civil Liberties (ICCL) Human Rights Award at the festival.

"Vicky" is a Princess Pictures production produced by Sasha King, Bill Snodgrass, and Vicky Phelan with the support of Fís Éireann/Screen Ireland. Executive producers are Martina Niland, and Lesley McKimm for Screen Ireland.