The distraught family of Irish American lecturer and doctorate scholar Grace McDermott have shared their shattering loss with the people of Ireland at her funeral. 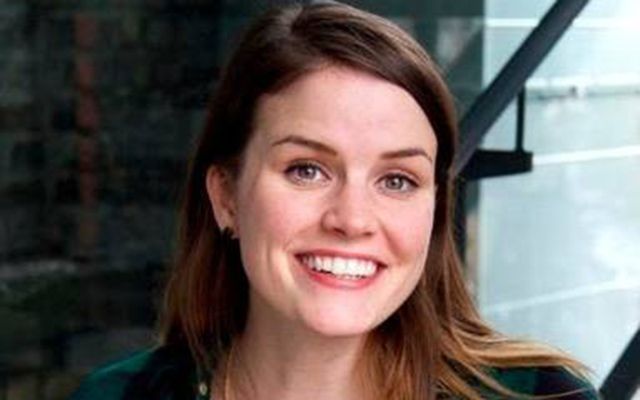 The distraught family of Irish American lecturer and doctorate scholar Grace McDermott have shared their shattering loss with the people of Ireland at her memorial in Ireland. Grace, a Long Island native, died in a blaze in a house in Limerick on Monday, May 1. She had been studying in Ireland and was due to get married soon.

Mourners at the Dublin mass heard a story of a very accomplished young woman. She had visited 40 countries, started her successful blog and was obtaining her third degree when she died at just 26. “She attacked life,” her father, Robert McDermott, said.

Grace McDermott was also deeply in love with her fiance, Colin O’Neill, 32, of Dublin, who proposed to her outside her parents’ East Islip home on Christmas Eve, Robert McDermott said.

The couple was to marry in Ireland in July 2018.

Read more: NY PhD student killed in Limerick fire was to be wed

“When we were planning the wedding, she told me, ‘I don’t care if the dress is off the rack and the flowers are from the garden, as long as at the end of the day I get to be married to Colin,’” Leslie McDermott said. “He was her greatest love.”

"She was my older sister and my other half," said Kristen McDermott, 24.

"Grace was full of life and love. She was always searching for the next adventure," Kristen continued, who came with her family from the US for the cremation and mass.

"We're so grateful to everyone who came to the funeral. There were tons and tons of people and we're so thankful to everyone who showed up to show their support. It provided some comfort for my parents and for myself and my family," she said.

The same songs, hymns, and flowers she had planned for her wedding to Dubliner Colin O’Neill were used, swapping wedding plans for a funeral. Her mother Leslie stated she was preparing for her wedding to the “greatest guy on earth.” Her father, Robert, a New York lawyer, was praised by friends of Grace for his concern about them.

Irish police continue to investigate the reasons for the house fire which was thought to have happened because of a faulty phone charger.

McDermott will be laid to rest in her native Long Island later this week.

Update: This article has been updated to reflect that McDermott will be laid to rest on Long Island.