The young woman is believed to have lost her hotel keys and asked to stay with local friends instead. 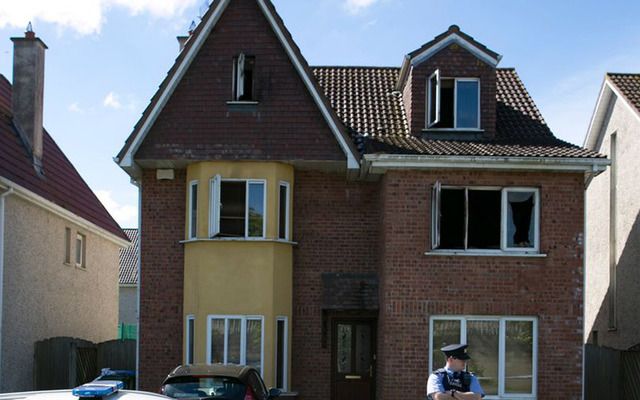 A young woman has died following a house fire in Limerick City.

A young woman has died following a house fire in Limerick City.

Police have since named her as Grace McDermott - a native of Long Island New York who has been living in Dublin for a number of years and was pursuing a PHD. She was co-founder of a very well known Irish blog,, 'Woman Are Boring' about the need for gender equality.

Described as an “inspiration” and a “beautiful, talented person” by those who knew her, McDermott was studying for her PhD in Dublin City University.

The Irish Times reported she had received a scholarship from the DCU school of communications for her PhD, which was researching Islamophobia in the US media.

She set up the Women are Boring with her friend Catherine Connolly in an effort to raise awareness of women’s research and work in academia.

Her body is currently undergoing a postmortem exam at University Hospital Limerick and her family is flying to Ireland today.

She is thought to have been in town for Barrington’s Hospital Great Limerick Run but lost her hotel keys and asked her friends if she could stay with them instead.

The fire is believed to have started in the early morning; firefighters were called by a tenant at 3.12am and arrived within eight minutes; they entered the property using specialist breathing machines and discovered the body shortly before 4.

The house is being rented by three members of the University of Limerick’s rugby squad and it’s thought the trio and another woman were socializing with the deceased when the fire broke out.

A spokesperson for the team said the players were “devastated” by the news. "All our thoughts are with the boys, and the young lady who died and her family," the club’s PRO Tony Quilty said.

Local councilor Marian Hurley told the Irish Mirror, "Everybody is rocked by it… It's so hard to take in.

"We've had a tragedy up the road after a lovely lady in the prime of her life had a stroke a few days ago and her funeral was yesterday and she lived around the corner. So, we're a community in shock.

"All we know is that around 3 am, the alarm was raised, and a young woman [died] here and was taken to hospital. It's too much to take in.

"I want to sympathise with the woman's family and friends; a lovely young person taken in their prime, it's just too much to take."

A statement from the local Garda (police) confirmed: "Gardaí and fire services attended the scene of a house fire at The Oaks, Riverbank, Annacotty at 3 am this morning Monday, 1st May 2017."

"The fire was brought under control and the body of the woman, late 20s, was discovered in the house."

"Her body was removed to Limerick Regional Hospital where a post-mortem examination will take place."

"There were four other people (3 men and 1 woman) in the house at the time of the fire and they escaped uninjured."