Keeva Stewart and her two siblings lost both their parents to cancer in the past ten weeks. 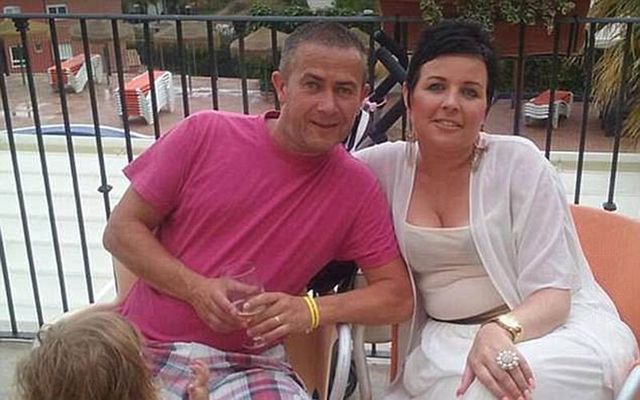 Young Irish girl Keeva Stewart, 10, and her two siblings, lost their parents Ed and Karen Stewart to cancer within ten weeks of each other. Facebook

Karen Stewart, 36, and her husband Ed, 42, passed away within weeks of each other leaving behind three young children.

Brave 10-year-old Keeva Stewart, who recently lost both of her parents to cancer, prayed that they now “enjoy eternal life” together in a tearful tribute made at her mother’s funeral.

Keeva, her eight-year-old brother Finn, and her four-year-old sister Erin, were left orphaned last weekend when their mother Karen Stewart, 36, lost her battle with cancer. Just last August, the three siblings had also lost their father Ed, 42, to cancer.

Speaking at her mother’s funeral on Monday, Keeva said that she hoped her parents would now be reunited forever in heaven.

Hundreds turned out to pay their respects to the popular mother-of-three who had been diagnosed with cancer three times throughout her life, her first diagnosis coming when she was just 19 years old.

“The only comfort we can find at the moment is that she is now with Ed, her son Aron and her father James,” said Karen Stewart’s aunt Gina, speaking about how Karen had been given her final prognosis last January after already fighting off cancer twice.

Read more: Three Irish children orphaned after both parents die of cancer 10 weeks apart - How can we help?

Ed, who had cared for his wife during her second diagnoses after their youngest child was born, received his own worst case scenario just a few months later. He was told in May 2017 that he had terminal pancreatic cancer. He died just 12 weeks later on August 4.

“Ed probably thought he was going to get a break up there but Karen probably has him running around right now,” Karen's aunt Gina continued.

“The support has been overwhelming and Karen wants to express her gratitude to an amazing community for all the support given and all the fundraising efforts.”

A friend of the Stewarts had previously set up a GoFundMe page to help Karen and Ed make some special memories with their children in the short time they had left. Before her death, it had raised an amazing $49,700 (€42,250). The fundraising will now continue to aid the the couple’s three children over the next few years.

“It is with great sadness that I update you to let you all know that sadly, Karen Nicholson Stewart passed away peacefully at her Mum's home on Friday, 20th October, 2017 just before 6 pm,” the GoFundMe page now reads.

“Karen was surrounded by her children and her amazing family. Karen can finally rest in peace and join her wonderful husband Ed who passed away on the 4th August, 2017.

Ed and Karen Stewart with their kids. Image: GoFundMe.

“They were an amazing couple devoted to each other and their children.

“I made a promise to Karen in early September that I would keep this fund going for her children and that is what I intend to do until we reach the goal.

“These three little children have lost both parents months apart something most of us are still struggling to get our heads around.

“Thank you most sincerely to everyone one who has supported the fundraising campaign.”

The three children will now live with their father’s brother’s family. You can continue to contribute to the fundraising campaign here.