Three Irish children orphaned after both parents die of cancer 10 weeks apart - How can we help?

Young Keeva, Finn, and Erin Stewart have lost both of their parents to cancer within the span of 10 weeks. A GoFundMe campaign is raising money to support them as they grow up. 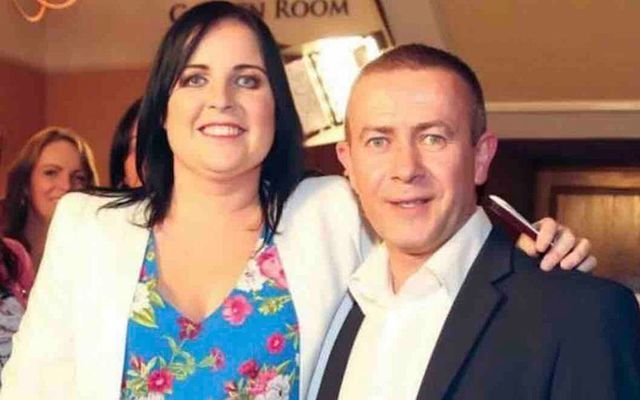 Tragedy has struck the Stewart family of Dublin, as parents Ed and Karen have both died of cancer just 10 weeks apart, leaving behind three young children.

Family and friends are working to support Keeva, 10, Finn, eight, and four-year-old Erin, after the Stewart children lost both of their parents in such a short span of time.

Karen, 36, was a fighter, first beating cancer at the age of 20 when she was diagnosed with neuroblastoma. She beat it again when she was 32, just months after she gave birth to Erin, but the cancer returned in January of this year and it eventually became clear that this time it was terminal.

Meanwhile, Ed, who had cared for Karen throughout her diagnoses, was himself diagnosed in May with terminal pancreatic cancer and died just 12 weeks later on August 4.

Karen died this past Friday, October, 20, surrounded by family at her mother's home.

Karen and Ed with Finn and Erin. Photo from GoFundMe

Karen's good friend Maureen O'Halloran told the Irish Mirror “I don’t think anybody can believe that she lasted as long as she did because she shouldn’t have.

“She literally wouldn’t give up. She clung on for her kids, but she went downhill after she lost Ed.”

She added, “Ed was waiting for her. He really wanted her to join him. He’ll mind her now, he’ll take care of her.”

As the children cope with this horrible tragedy, they will be cared for by Ed’s brother Vincent and his wife Tanya, who will raise them along with their three kids.

Prior to their deaths, Ed and Karen had worked their friends Maureen and Stacy to set up a GoFundMe campaign to safeguard their children's futures and see that they would be able to go on to make lasting memories.

Read More: Could you save her? Mom of two looking for Irish origin bone marrow donor