Could you save her? Mom of two looking for Irish origin bone marrow

There are 28 million people around the world signed up to the Global Bone Marrow Registry, but Tania Murphy’s genetic makeup is rare, to say the least. 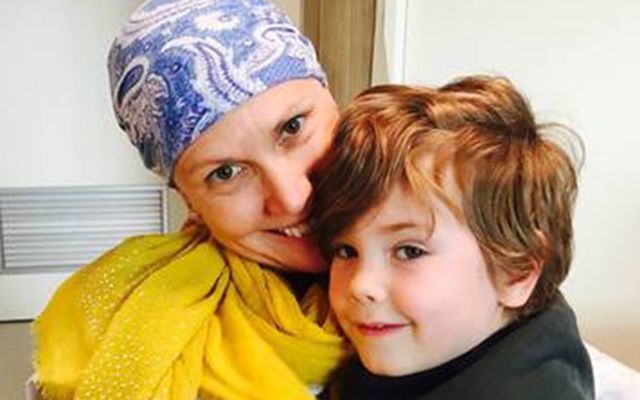 Last year Aussie mom of two Tania Murphy received the news everyone dreads: she had cancer.

It was acute myeloid leukemia (AML), the doctor informed her. It meant that the bone marrow in her body was distorting the red bloods cells in her body and making her ill. The disease is unforgiving and crucially it spreads fast.

She received four rounds of chemo and spent six months in the hospital. Whilst she’s currently in remission a  crucial following treatment, an integral part of the treatment for beating AML forever was just not possible: a bone marrow transplant.

“I was told from the beginning that it wasn’t an option, that I had to have a bone marrow transplant and that I would be having it after Round 2 of chemo,” Tania told IrishCentral.

“I did Round 1 and luckily went into remission but [as] my brother and sister weren’t a match they needed a bit of extra time so I did another round of chemo and then they found out that there’s no one. No match for me in the world.

“And they said, ‘We’ll do another round of chemo but unfortunately we’ve just got to see what happens, you’re in remission but we can’t do a transplant because you don’t have a match.’

“So I got out of hospital in December and thank God I’ve stayed in remission because the next step is the transplant.

“It’s an absolute blessing that I’ve stayed in remission because there are other people on this journey with AML and they haven’t been so lucky.

“A friend, Paulina, she was only in remission for three months and…” her voice tailed off.

“I’m really blessed. And I just continue because while I am well this is the sort of thing you can do, isn’t it?

“I’m really lucky that I’m able to get the word out there.”

Determined to get their friend the donor she needs to beat cancer, her friends launched the #FindTanADonor campaign on Facebook and Twitter to encourage as many people as possible to sign up to the global registry.

“[It’s] not just for myself,” Tania said, “because there’s other people in my situation with mixed ethnicity or minorities with low numbers on the registry.”

“We really want to encourage anyone really. It’s even more tricky if you’re part Asian as well. There’s even less [people] on the registry.”

Part of the problem with getting people to join the registry is misconceptions about the donation process: often all that is required is a blood donation. The blood is filtered through a special machine and marrow is then separated from it.

Alternatively, donation is performed via a simple surgical procedure under anesthesia in which the doctor withdraws liquid marrow (blood-forming cells) from your pelvic bone, after which it will be used to save the life of the patient in need.

Unlike with organs, bone marrow is replaced by your body and returns to normal levels within a few weeks. Recovery times after the operation are also swift: plenty of patients even return to work the next day.

The media attention in Tania’s home state of South Australia has gone some way to rectify public awareness about the donation process.

“In Adelaide alone they had the same amount of people that they get in a year on the registry in a couple of months when my story was released,” she said.

“So it’s just bringing awareness, people don’t even know about it, I never knew such a thing existed and it is really simple. It’s even simpler [to sign up] in America and in the UK, you just do a mouth swab.

“In Australia, it’s actually a blood test to go on the registry.”

The global registry is, as its name suggests, completely international in the way it operates. If you register in the United States your donation could be used to save someone living anywhere around the world.

However, even if you’re on the registry the chances of being called upon to donate are slim – one in 1500 to be precise. Although there are 25 million people on the registry, just 6,300 transplants were carried out in 2014 – underlining how difficult it is to find a match.

“The chance of being called is very low,” Tania explains.

“But if you’re lucky enough to save someone’s life, what an incredible thing to do in your lifetime.”

While the dark shadow of cancer has yet to leave her life completely, Tania says her illness has made her appreciate her life just that much more.

“My family life is probably even better because you just smell the roses a bit more don’t you? When you’ve had something life threatening happen to you. You really appreciate everything so much more.”

If you’d like to sign up to the Global Bone Marrow Registry in the United States and help save people like Tania you made do so by clicking here.

In Ireland you may do so here.

And you can visit Tania’s own website to learn more here.