"We need to get her to hospital and we don't know how we're going to do that. We've called 911 three times… They said realistically they could be calling us in 10 minutes, or 10 hours,” her mother told Irish radio. 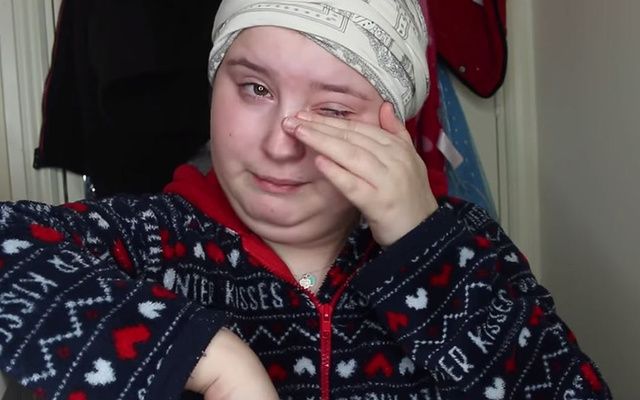 Shan Tynan, an Irish teen in Houston receiving cancer treatment, was one of those trapped by Harvey. YouTube

A desperately ill Irish teen left trapped by the havoc of Hurricane Harvey has been helicoptered to the Texas Children’s Hospital for an emergency blood transfusion.

19-year-old Shauntelle (Shan) Tynan suffers from multi-system Langheran’s cell histiocytosis - an extremely rare type of cancer. She requires regular blood transfusions to stay alive but the flooding meant her apartment was encircled by five feet of water and emergency services under huge pressure.

This afternoon Shan’s Facebook page, Team Shan Tynan  #histiowarrior,  updated followers that she had finally made it to hospital.

Earlier in the day she’d told RTÉ Radio about her worries for her daughter.

"We've been here a few months now and everything was going well as expected,” Leona said.

"Shauntelle underwent her last bout of chemo, ending August 18, so this is the week that her blood counts are dropping by the hour, by the day."She's really unwell... She is in need of a blood transfusion and we're trying to get her to the hospital.

"We're on the fourth floor, thankfully, but we're getting fairly battered. It's noisy, it's loud, there's alarms going off every few minutes."We need to get her to hospital and we don't know how we're going to do that,” she added.

"We've called 911 three times and they said we really need to keep them updated."They said realistically they could be calling us in 10 minutes, or 10 hours.”

Shan hit the headlines in February this year after an extraordinary video of her begging for her life went viral. Her cancer is so rare that only care in Texas could save her but her middle-class family was unable to afford the huge $527,000 price tag.

“I don’t want to die,” she wept in a video posted on her YouTube channel. The response from the Irish public saw $700,000 raised for her treatment in just a few days.

Her mother told their local radio station in Carlow that the family had been “blown away” by the response and that Ireland was truly a “mighty little country”.