Before my husband died from cancer, I nearly lost him to suicide

Kathleen Maloney lost her husband Joe to cancer when he was 52, but he had been consumed by untreated mental illness years earlier. Now it's Maloney's mission to encourage people to talk openly and support those who are struggling. 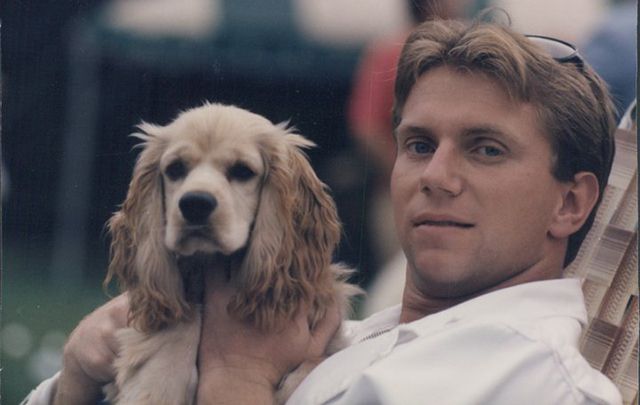 Mental illness affects thousands of people in Ireland and America each year. It is estimated one in four people will experience some type of mental health issue in their lifetime.

Maybe it's someone in your family, or someone you love, or maybe it’s you. Depression, panic disorder, anxiety, and bipolar, can lead to thoughts of self-harm. In Ireland, it seems everyone personally knows someone who died from suicide. Suicide has impacted many families in Ireland and it has left behind a trail of broken hearts.

Most people who experience mental health issues can fully recover or at least manage their illness and go on to lead a productive life. There are many success stories of people managing their illness with medication. And their odds greatly increase if they receive help early on. So why don't more people receive help?

Probably the stigma and negative stereotyped views of people living with a mental illness have a lot to do with it. There are people who still think mental illness is a form of failure or a weakness. I know it's not.

I was once very happily married to a wonderful and loving man. I was twenty-one years old when I first met Joe. We both worked at Xerox in Manhattan and someone asked me to show the new guy around the office. We got married a few years later. We had a beautiful daughter and we were blessed to enjoy 18 happy years together. We shared love, laughter, joy and hard work and we had so many plans for our future together. We were healthy and happy. We had it all. That was before mental illness surfaced during the prime of Joe’s life.

Kathleen, Joe, and their daughter.

There was a mass layoff at Xerox and Joe was shocked to find his name on the list. He had been working there for twenty years in a management position and the news devastated him. On Christmas Day 2003, two weeks after Joe was laid off, he fell to the floor of our family room and had a psychotic breakdown. We spent the next day in the emergency room, where he was given a full medical evaluation. After hearing he recently went through a traumatic experience, the doctor told us he was depressed. Joe knew it was more serious and tried to tell the doctor so. As it turned out, Joe was right.

The doctor asked him that day if he suffered from depression or bipolar and we both answered, “No.” We were both wrong. When we finally saw the psychiatrist, six weeks later, he diagnosed Joe with Bipolar II disorder. Because it is so often misdiagnosed as depression, patients diagnosed with it for the first time are often wrongly treated with antidepressants alone, which can make the symptoms worse. In Joe’s case, the Paxil did make his condition worse. A lot worse.

Joe was extremely resistant to the idea of taking medication in the first place, but after having an adverse reaction to Paxil he vowed to never take any form of medication again. He did not accept the fact he now had a mental illness and it took me a while to believe he did. One day while we were driving to yet another doctor appointment Joe gently patted my shoulder and told me, "You're a nice girl, you're a nice girl." I looked over at him, "Joe, I'm your wife and you're my husband." He answered, "I'm afraid your husband is gone and he is never coming back."

I had no idea just how right Joe was that day. In time the person I'd known and loved for so long would be replaced by someone I couldn't even recognize. His entire demeanor changed. He was constantly irritable and less connected to family and friends. He became hostile toward me and I began to grieve for him while he was still there with me. I missed him so much.

It is very common for a person with Bipolar II to deny that anything is wrong. So, the situation was never dealt with. From 2003 to 2009, Joe never saw another doctor for his bipolar and without treatment, his condition worsened. For the next six years, his untreated bipolar controlled our lives. It was one crisis after another, and our family life became unsettled and unpredictable. He became reckless in many ways. He became financially irresponsible and even purchased an expensive boat our family could not afford. He did not self-medicate as many people with untreated mental illness do.

I became isolated between working full-time and caring for him and I told very few people what we were struggling with. In 2009 a lump appeared on Joe's neck but because he now feared doctors so much that he refused to seek help. Our daughter and I tried desperately to get him to a doctor but he refused. He even locked himself in the bathroom one day and tried to cut the lump off. He blamed the lump on a tooth. He went to a dentist and the after examining Joe the dentist told him to immediately go to a hospital for an evaluation. Two years later when he finally walked into an emergency room asking if they would pull his tooth, he was diagnosed with stage IV advanced neck cancer. His prognosis was very bleak and surgery was not an option.

Joe loved aviation and he built and flew remote control airplanes as a hobby. Three months after his diagnosis of cancer he asked me to book him on a flight at a small local airport. He said he wanted to fly in a small plane before he died. After I booked it and after he left the house, I wondered if I just booked my husband's suicide. My daughter and I raced to the airport just in time before he got on the plane. When I saw his reaction after seeing us there I realized that's what he had in mind. Back at home later that afternoon, he confirmed he'd planned on jumping out of the plane to his death to avoid confessing to me some things he'd done while he was ill. He was a man filled with regret and shame and he was in a very dark place.

Read More: We need to talk about the terrible silence that surrounds suicide

If Joe died that day many people who had known us back then would have been completely shocked by his suicide. Joe died from cancer at home a few months later at the age of 52. Up to his death, he was embarrassed he had a mental illness. He was a big and strong man. A man's man. He didn't want to talk about it and he let years go by without seeking treatment for it. It cost him his life.

After Joe's death, I wrote a story about my husband's mental illness which was published in the local newspaper where I worked at the time. I insisted they run a photo of Joe along with the story. Joe was a beautiful Irish American man with piercing blue eyes and blonde hair; not the face you may associate with a man who is struggling with mental illness.

After the story was published I was surprised by the number of emails I received from people in Ireland who were caring for a loved one with a mental illness. Parents caring for their children, spouses caring for spouses, and children trying to help parents. They connected with my husband's story and with what my family went through. So many people in Ireland are struggling but the stigma prevents many from seeking help. One woman wrote to me and said that because of Joe's story she took her young son to the doctor to be evaluated after recognizing similarities between her son and Joe.

The younger generation in Ireland has been terribly impacted by suicide. And it's that very generation who has the potential to make the most positive changes in the way people perceive others who struggle with a mental illness.

In 2015 I proudly watched young people mobilize and engage in the campaign for marriage equality because they understood the impact it would have on their gay friends and family members. Young people in Ireland once again have an opportunity to educate and begin a conversation about mental health to help erase the stigma and to ensure their friends receive the help they need.

Mental illness is not a casserole illness. If someone in your family has another serious illness, friends, neighbors and even family members may show up at your home with a nice casserole to offer their support. That usually isn't the case when someone has a mental illness. The caretakers and other family members need our love and support too.

Let's take better care of each other. Suicide prevention should be everyone's concern.

Kathleen Maloney is currently working on a book, "Twice Lost," about what happened to her husband and how finding her roots in Ireland after his death helped her to heal. Learn more on her website.