The Irish Arts Center has canceled "Camille O’Sullivan: Where Are We Now?" while the Irish Rep has canceled " The Streets Of New York" due to rising COVID in NYC. 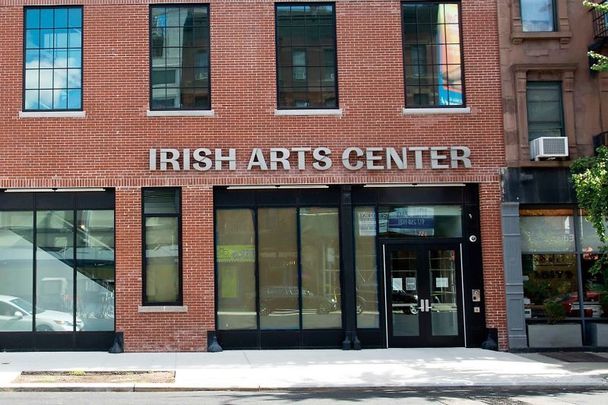 The Irish Repertory Theatre and the newly opened Irish Arts Center in New York have canceled a number of holiday performances because of the rise of Covid-19 cases.

On Tuesday morning, the Irish Arts Center announced that Camille O’Sullivan, who opened the center’s new home on 11th Avenue earlier this month and was due to perform until the end of December, would wrap her well-reviewed show effective immediately.

“Due to cases of Covid-19 in our production, amid the current surge in New York City, we have made the difficult decision to conclude our run of Camille O’Sullivan: Where Are We Now?, originally scheduled through December 31, effective immediately,” the Irish Arts Center said.

“We are so proud of Camille, her amazing band, and our talented and committed design, production, programming, front-of-house, cafe, operations and safety teams, all of whom have worked tirelessly, creatively, and courageously to bring this magical and cathartic opening show to life in the new Irish Arts Center.”

Refunds and credits will be available to ticket holders. The Irish Arts Center did not say when its live performance schedule will resume, but next month is the goal.

“To learn more about programming and classes coming up in January, please visit irishartscenter.org,” the statement added.

We thank the artists, our team, and all the audiences who have come together over the last few weeks to re-engage in the live performance experience we have all been craving for so long. We look forward to welcoming you back to the #NewIAC very soon. pic.twitter.com/SEa8oKC8P8

The Irish Repertory Theatre has been similarly impacted by the rise of Covid-19 and has canceled performances of its holiday show The Streets of New York.

“Due to the detection of a limited number of breakthrough Covid cases in the company, Irish Rep is canceling performances of The Streets Of New York through December 26,” a statement said.

“Performances are planned to resume Monday, December 27. The health and wellness of the cast, crew, audience members, and Irish Rep staff is of the utmost importance. Regular testing of everyone at the Irish Rep is conducted and allows the opportunity to isolate anyone who tests positive.”

More information on the Irish Rep’s shows going forward can be found at irishrep.org.

Due to the detection of a limited number of breakthrough COVID cases in the company, Irish Rep is cancelling performances of The Streets Of New York through December 26. Performances are planned to resume Monday, December 27.