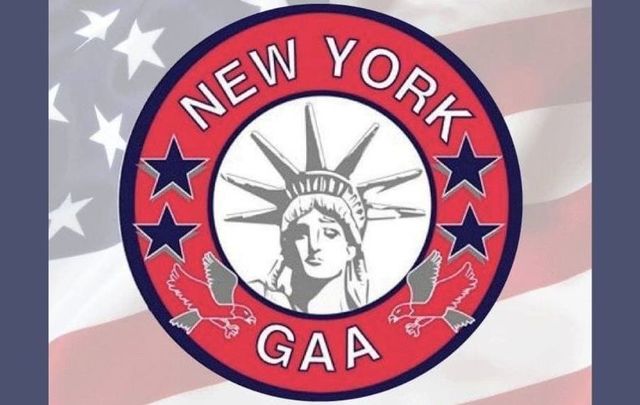 A round-up of this week's happenings around the New York GAA scene.

Barnabas Too Good for Sligo

This senior clash matched last year’s finalists against each other and the sizeable crowd was expecting another epic battle. Unfortunately, they were greatly disappointed as you could say Sligo were hardly at the races.

The swarming and tenacious tackling of Barnabas hardly gave them a look at the posts, never mind to try and get a shot off. Indeed, when you analyze the performance of Barnabas the words of the great Greek philosopher Aristotle come to mind, namely, “The whole is greater than the sum of its parts.”

That certainly is the case with Barnabas as synergy and energy persistently percolate through the team. Of course, it helps that this is a strong, young, fit, skilled, and well-disciplined team. Brosie, a kingpin from the nineties, wouldn’t tolerate anything else.

The Bronx boys threw down the gauntlet from the throw in as Tiernan Mathers sliced his way through the middle to be fouled, leaving free-taker Mikey Brosnan to point after 30 seconds. Mathers also engineered the next score as he fired over an acute angle despite a rather robust rattle.

Gearoid Kennedy would soon add another and Brosnan pointed a free, while all Sligo had were a few balls dropped short into the safe grasping hands of keeper Cole. After hydration, Barnabas returned to the fray fired up. A good delivery from Kennedy saw a swift interchange between the Mathers brothers, Caolan and Tiernan, leaving the latter to fire to the net. The roasting continued as Ryan Kerly burst through the middle to fire to the net after Tiernan Mathers lit the fuse.

There was little solace for Sligo in the remainder of the first half, though Tony Donnelly got their solitary score.  Brosnan added two more one from a free, and the other from play as his jersey fabric was well tested.

Timmy Fitzmaurice came off the bench to land a fine point, and as the game progressed he would go on to show plenty of speed, skill and a pair accurate feet. St. Barnabas led by 2-7 to 0-1 at the break.

Upon resumption, Fitzmaurice fired over an exquisite point, but Ger McCullagh replied. Sligo stepped up performance a bit as Dan Maye, Darragh McConnan, Donnelly, Dylan McCabe and company began to run at Barnabas, but the hill was way too steep, and the defense well marshaled by Boyle, Hogan, and Cronin was way too tight.

Brosnan and McCullagh would add points before the last water break. The last quarter was just a simple task of containment as the clock and scoreboard ticked to the inevitable conclusion.

Still, Dylan Curran, Kennedy, and Kerly kicked some fine points to accentuate their versatility while at the other end a brace from Donnelly kept the umpires from napping.

A very disappointing performance from Sligo. Granted they had absentees and injuries, but this aberration should be consigned to the memory dustbin immediately.

Barnabas have been consistently solid, and Sunday was the first day that they were without their main field general Shane Hogan. We wish Shane well in his new career in law enforcement.

The senior football ladies semifinal was fairly evenly contested for the most part, though Kerry/Donegal had more in reserve and could step up a gear when the pressure came.

Indeed Cavan didn’t help their cause because missing a penalty in a close game won’t get you over the line.

Cavan went on the attack early on as a good pass from Rosie O’Reilly was wasted, but another goal-bound effort from Emma Clarke was cleared off the line. Kerry/Donegal’s shooting was also a bit wayward early, but a fine long-range effort from Kelly Keating steadied the ship. Then the industrious Lauren Rodican scythed her way through the middle after Linda Callan delivered a deft pass.

Kerry/Donegal were still controlling affairs as Keating linked up with Megan Fitzpatrick to fire over a fine point to be ahead by three at the first water break. After hydration Callan scrambled the ball to the net after good support play from Fitzpatrick.

Alisha Jordan finally got the Breffni board ticking with a point. Soon we had a contest as a strong run by Frances Reilly set up Mairead Ruane for a goal.

The Breffni Blues were now in full flight as Jordan floated over another point to tie things up. Parity didn’t last long as Ciara O’Neill cut through to punch over a point.

Callan increased the lead up to two but O’Reilly shot over a point after good preparatory work by Emma Farrelly. It was now tit for tat as Callan pointed a free for a foul on Lilly Sheehan.

Then we had the best score of the match, or perhaps of the day. Fitzpatrick took off from midfield, leaving several would-be tacklers in her slipstream to fire a powerful shot to the roof of the net.

Cavan were presented with good opportunity to stay right on their opponents’ heels when Ruane was downed in the square resulting in a penalty. Clarke sent the spot kick sizzling outside the posts to leave the score at 2-6 to 1-4 in Kerry/Donegal’s favor at the break.

Cavan did well in the third quarter as they managed to hit four points while limiting Kerry/Donegal to two. Kennedy, Paula Clarke, and Emma Clarke were launching attacks from out the field. O’Reilly would be on target for two points; she was winning championships before most of the players on the field were even born. Decades later, she’s still winning possession and scoring points, way to go young lady!

Jordan and Farrelly chipped in points as well. Still, two points from Callan and Keating had a goal between the sides entering the last quarter.

Then a point from Sophie Colgan, who had a solid performance after entering the game, had the deficit to two. Marie Dargan came off the bench for Kerry/Donegal to add more firepower to the attack.

Callan added a point and Keating followed up with another. Kerry/Donegal were now back in the driving seat as they surged to the finish line while keeping the Breffni ladies well back in their rearview mirror.

A strong run by Laura Wynne set up Dargan for a point, while Keating finessed a solid performance by setting up Dargan for another point. Now Kerry/Donegal faces Na Fianna in the final on August 1.

When you see the score in this ladies semifinal, it certainly was a rather one-sided match for the most part. Though Rockland was missing several key players they managed to get the opening score, a Niamh Healy point.

Granted they were eventually greatly out-ran, out-played, and out-scored, Rockland also managed to get the first goal, a Kelly Yorke major.

The teams were even level at the second water break, 1-2 to 0-5, as Grainne Lavery (two), Shauna McGrath, and Maeve Redmond were Na Fianna’s early flag-raisers. That was as good as it got for Rockland as Na Fianna found their grove and of course the range.

By half time they had 1-11 on the scoreboard as McGrath (three), Redmond, Kelly McCormick, and Lavery rained over points, while Orla Gormally set up McCormick for the goal.

With Madison Donohue and the Tierney sisters, Stephanie and Brianna, running rampant in the middle of the park, the scores were flowing over. McGrath blasted in another goal with Donohue the supplier.

Though the game was truly over by halftime as a contest, credit to Mary Kate Henry, Annie White, Niamh Healy, Brigid Sorohan, Olivia Maxwell, and company for battling away to the end despite the rising scoreboard and the rising temperatures.

Player of the Match: Shauna McGrath.

*This report was first published in the July 21 edition of the weekly Iris Voice newspaper, sister publication to IrishCentral.