Plus: Westmeath on target, Sideline shenanigans, and Sunday cancellations. 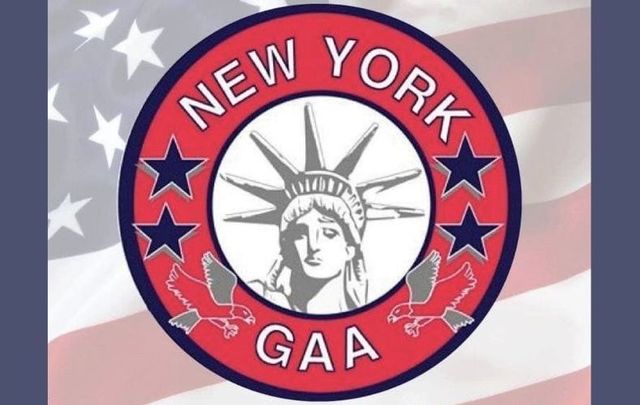 A roundup of New York's Gaelic games news from over the last week.

Rangers rally for a draw

This senior football clash which started in a rather prosaic and pedestrian fashion ended with plenty of excitement and of course some sideline shenanigans.

Sligo were seven points ahead shortly after halftime, but then apparently ran out of steam and options as Rangers began to play with flair and fire to dominate the last stanza to earn a draw.

The first quarter was a lackluster affair as both sides dropped shots and kicked wides just to have two points each at the first water break.  Sean O’Neill and Kevin Loane were Rangers’ flag raisers, while Mickey Lenaghan and Taigdh Riordan answered for Sligo.

After hydration, both sides traded points, Darragh McCoonan for Sligo and O’Neill for Rangers. Then Sligo seemed to find their mojo as defenders Shane Queenan, Brian Power, Jamie Davies, and company came to grips with their assignments, while Dylan McCabe, Stephen Curley, and Tony Donnelly were orchestrating events up front.

McCabe capitalized on a tenacious turnover to scythe his way to blast to the back of the net. Though the shot looked destined to go over, unfortunately for the keeper it dipped and deceived him.

Sligo had a monopoly of the play as Donnelly and Tom Joe Sullivan chipped in points to lead by 1-6 to 0-3 at the break. The lead was soon seven as Curley pointed after good support work by Donnelly.

A point by Declan Corrigan seemed to rally Rangers, and their cause got a major boost as a pile-driver from danger man Loane was deflected into the net by a Sligo defender.

Points from Curley and Shane Holman left a goal between the sides entering the last quarter. Then O’Neill got a point to reduce the deficit to two, but a goal from a penalty by McCabe looked like solid insurance or escrow to notch a victory.

However, that was far from the case as Sligo appeared to run out of steam and options, though the reality was the options were few as the high fielding of Donnacha O’Dwyer, Conor McStay and O’Neill threw a formidable phalanx across the middle, setting the stage for Keith Quinn to supply the busy boys inside.

For the remainder of the game, Sligo was stagnant while Rangers played with flair, fluency, and a good dollop of fire. They hit five points, four from man of the match Loane and the equalizer from Holman as the buzzer beckoned.

Overall a draw was a fair result as both sides had dominating quarters; Sligo the second and Rangers the last.  Unfortunately, this was another game that was marred by needless shenanigans which would have been preempted if the culprit had been identified and sanctioned for an off-the-ball incident when play was on the other side of the field. Referees usually have a good set of eyes, but so far not in the back of their heads.

Man of the Match: Kevin Loane.

Westmeath left no doubt that they are the real deal as they easily brushed the Mayo challenge aside as they continue their journey back to the senior ranks, their rightful place as many pundits would say.

Mike Stones, John Moore, Tom Nugent, and company have certainly assembled a formidable force, and perhaps a good barometer of the Lakesiders’ strength is that you can start with Jason Kelly on the bench.

Both sides traded opening scores, Dylan McDermott for Westmeath and Marcus Hannick for Mayo before Westmeath exploded. Phelim Finnegan popped over a forty-yard free after Jack Martin was fouled.

Then McDermott, certainly one of the most exciting players in the Big Apple, sped over half the field to blast a powerful shot to the net and short-listed at this stage for perhaps goal of the season.

Mayo’s goal was under siege as a Luke Kelly effort looked destined to go under rather than over as they led by 1-4 to 0-1 at the first water break.

The second quarter was Mayo’s best period in this rather one-sided encounter. Nico Slevin popped over their second point, while the two Shanes, Slattery and McNeilis, added points as well. Westmeath just kept the juggernaut ticking over as they went in leading by 1-7 to 0-4 at the short whistle.

After the intermission Westmeath was back to full throttle and Mayo might be grateful for the defensive roles played by the posts or the deficit would have ballooned a lot faster. McDermott and Stephen Monaghan were lording it in the middle and helping themselves to points before Kelly found the net. McDermott set up the score with another defense-splitting run through the middle to be ahead by 2-10 to 0-4 entering the last quarter.

In fairness to Mayo’s Sean McEvoy, Ryan O’Neill, and Conor Bowden, though faced with a nearly constant series of attacks, they tried valiantly, while up front Shane Slattery, Ollie McLean and McNeilis did their best with a very limited supply.

With Covid restrictions generally removed, the number of sideline personnel has blossomed like mushrooms.

It’s great to have all these people involved in the running of a club. However, the problem is that they are not consigned to a dugout, or they simply refuse to keep well clear of the sidelines.

They meander up and down progressively encroaching/invading/threatening or interfering with the playing area and occasionally the players.

Now when there is a sideline official, they are tasked with maintaining order, such as keeping these anxious and sometimes overly engaged folks back from the field of play. It’s definitely a hostile type of environment as the official has to weave his way around the wandering sideline occupants.

Such a responsibility is about as futile as the hapless chap who is deployed to shovel sand against the tide or to attempt to clean out the famed Augean stables. Truly impossible!

Then as tensions and the stakes rise, these sideline residents begin to intermingle and once there’s a skirmish in their vicinity, some are too eager to get involved.

Of course the inevitable happens, a sideline brawl, where it’s often extremely difficult to differentiate the protagonists from the peacemakers.

There’s a very simple solution to this volatile situation, a dugout that should be in operation for all games, and not just for finals and semifinals.

All personnel should be mandated to stay behind the barriers, railings, fences, etc. or whatever defines the enclosure with prohibitive sanctions for violations.

This is a serious problem that needs to be addressed immediately. Too often these disruptive sideline bouts tarnish the great work that the New York Association does.

I know this is a manly game where passions can run high, but there is no justification for the despicable behavior I have witnessed over the years. It used to be an adage that sports bring out the best in people, and unfortunately, it brings out the worst in a few.

Also listening to the exchanges between opposing sides, you’d be forgiven for thinking that civility, respect, and sportsmanship had taken a sabbatical.

Of course, it’s easy to blame the referee, but when a melee unfolded last weekend, the referee didn’t even have a sideline official to help him identify the culprits. The GAA was built on the core value of volunteerism and its corollary of giving back, so where are all these folks who could help referees carry out their duties?

Unfortunately, they are in short supply. I’m sure there are plenty of you out there who wouldn’t be shy about volunteering to do the line or umpire! You certainly aren’t shy when it comes to sideline antics.

Games were canceled on Sunday supposedly due to the unavailability of players. Word was that many had gone to Vegas for the McGregor fight, while others were reported eager to watch the Euro final from the comfort of their couches.

One man definitely conspicuous by his absence from Gaelic Park was Tommy Fahey, who has consistently served the GAA with unselfish distinction for over half a century. He is currently hospitalized and we wish the genial Tommy a speedy and a full recovery and a return to his natural habitat, Gaelic Park, as soon as possible. We miss you.

*This report first appeared in the July 14 edition of the weekly Irish Voice newspaper, sister publication to IrishCentral.