It's clear that times they are a changin' within New York's GAA community but our writer, Frank Brady, hopes some changes made over the last few years are here to stay. 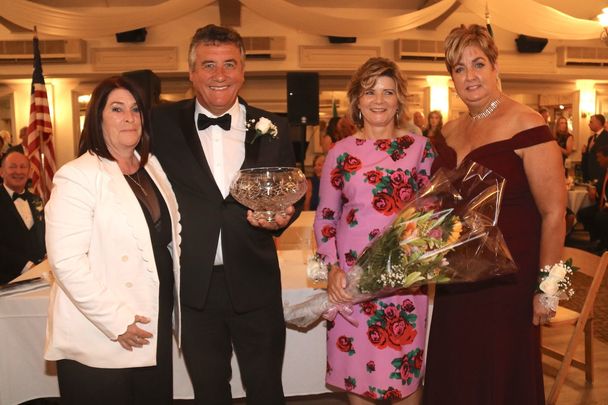 Ruminations on how much New York GAA has changed and how it can continue to thrive as well as the Aisling Center success and some typo apologies.

“The Times They Are a Changin.”  This was the title of a popular Bob Dylan song in the sixties which focused on anti-establishment sentiments, changing trends and the emergence of the civil rights movement. Well the New York GAA has certainly been changing, most visibly at an administrative level and of course on the playing fields. Time was when New York was often treated with the respect of a wayward relative.

Now one of the greatest voluntary sporting organizations in the world is led by a former New York GAA chairman, Larry McCarthy. In New York, the Big Apple association is led by Joan Henchy, a Yonkers-born and Kerry-raised female. At one time this would be totally inconceivable as the New York GAA environment would be regarded as a staunch bastion of male chauvinism.

Meanwhile, Henchy’s assent to the top spot was not the result of gerrymandering or political opportunism. She had truly earned her leadership credentials, first as a delegate for the Kerry club and later performing the onerous secretarial duties of the association with aplomb.

Thankfully the delegates had the foresight to recognize Henchy’s leadership acumen and voted her in to the top spot. But the current GAA boss is not the only female in the higher echelons of the Big Apple’s GAA.

Clare McCartney, born to a Derry mother and a Clare father, is the treasurer.  Two American-born women holding premier positions on the New York Board is unprecedented as traditionally such offices were held by men from the other side. Indeed female governance continues to grow in Gaelic football and hurling as Clare woman Noelle Comyn is busy officiating in both codes. Meanwhile officiating in male sports is still hardly perceived as a regular role for most people, never mind a female. As the Virginia Slims ad from the seventies would say, “Baby we’ve come a long way.”

When you analyze the GAA from the playing fields you realize that it has changed significantly. That change was emphatically illustrated last year when St. Barnabas, an all-American born team won the New York senior football championship in 2020, the flagship event.

Traditionally the winner was usually a team with a county name, composed of ex-pats, a couple of notables, a few transfers, and a few J-1 visa students. St. Barnabas defeated Sligo, the defending champions, a seasoned squad consisting of Sligo natives, a smattering of top-quality intercounty players along with a few other Irish players.

One observer noted that this was the first time that a championship was won without having to buy a plane ticket. Implicit in that statement was the reliance on local talent and the wonderful development work that the New York Minor Board has been involved in.

St. Barnabas is not alone here. Other clubs such as Shannon Gaels, Rangers, St. Raymond’s and Rockland among others have been following a similar path.

In many ways, St. Barnabas represents the prototype of the original GAA club which would have a strong and stable familial orientation. Interestingly Barnabas fielded five sets of brothers, with the Hogans, Conor and Shane, being grandsons of Richie Hanglow, one of the club's founders.

Indeed Barnabas’s success wasn’t a flash in the pan and they look poised to be in contention for top honors again this year. They just won 2021 senior and junior A leagues and they are also one of the two clubs fielding three teams, the other being Rangers.

In addition, their ranks were recently boosted by an infusion of talented players from the Mathers family, American-born and products of the Minor Board, or perhaps you could say graduates of the Mathers football academy.

A quick scan of the roster will clearly illustrate the extent of the changes that have occurred. Currently, there are only five senior football teams. It’s not that long ago that there were about a dozen and a half at that rank. Many former senior winning championship clubs are no longer in existence, while others are in lower grades.

I have maintained that New York’s senior football operations were somewhat similar to the U.S. dependency on imported sources of foreign fuels and the consequent failure to adequately develop native fuel deposits. Naturally, these imports subjected clubs to heavy financial burdens that were unsustainable over time.

Then when the flow is interrupted, as was the case with Covid, some clubs had no option but to fold or drop down to a lower division. Evidentially the products of the Minor Board should have been developed and used to much a much greater extent to lessen this reliance on imported talent, and also to reduce club costs considerably. Unfortunately, many of us failed to realize the potential of the Minor Board products. In fairness, the GAA is attempting to rectify this by requiring that more Minor Board players be drafted up to higher ranks.

Certainly, some great players came through the Minor Board, and people such as Kevin Lilly, Terry Connaughton Jr. and Dave McSweeney spring to mind, and who could forget the stellar performances of Pat Ryan (goals) and Pat Carroll (midfield) defeating a great Galway team laced with all-stars in the final of the Gael Linn Cup in 1980.

However, for most Minor Board graduates, their senior careers were rather short. Basically, the modus operandi was we’ll play you until a sanctioned player, a transfer or a J-1 visa holder arrives in the dressing room.

I must admit that I had the pleasure of having five former Minor Board players on New York senior championship teams with Leitrim, namely Daniel O’Sullivan, Kiernan Traynor, Joe Madden, Tom McHugh and Mike Joe Hennessy  during the “Brosie/Donohue” era.

As one pundit said, “Brady you had the best of them” and I certainly wouldn’t disagree.

Of course, we had a bit of help from the other side at times. Kevin O’Brien (Wicklow), Kieran McDonald (Mayo) and I think my Donegal friends will remember Gregory McCartan (Down). Recently Pat Donoghue, the referee, pointed out to me that a team of New York-born players beat a team of Irish-born players on Randall’s Island in 1997, 2-9 to 1-9.

True, but this result needs an asterisk.  Only a few came through the Minor Board as many of the Yanks were educated in Ireland and attended notable football institutions.

Once Covid is over and normality returns I hope it won’t be back to business as usual where some teams are stocked and overly reliant on imported talent.  There is no issue with Irish players joining teams here -- after all, there has always been a relatively strong correlation between the health of the New York GAA and overseas conditions.

But the Minor Board must become a greater part of the equation.  Initially, the Minor Board was set up to counteract the decreased emigration due to World War II and reincarnated again due to the restrictive immigration regulations of the mid-‘60s.

Of course, you can also make the argument that there are too many teams serving the current pool of players.  But the harsh reality is that the efforts of the Minor Board have not been used to the optimal level to advance the cause of the Big Apple’s GAA.

As the redesigned Aisling Irish Center on McLean Avenue is nearing completion, I would like to take this opportunity, to thank the New York Senior Board, the Ladies’ Board, the Minor Board and Gaelic 4 Girls for the great support of the Buy a Brick campaign.  I would also like to gratefully acknowledge the support from my many GAA friends and their clubs.

What was also very gratifying were their comments about how well the center has served their families and friends, and also how their children had benefited greatly from the great variety of programs and activities as well as the wider community through the years. When the center reopens in a few weeks, it certainly will be a building built for the community by the community.

Occasionally I have been approached/accosted for misspelling players’ names and also misidentifying players. My apologies for the errors, and I’m generally guilty as charged.

However, in my defense, the legibility of some team sheets would be a major challenge for a team of handwriting experts to decipher the scrawls and scribbles.  I don’t care whether it’s cursive, calligraphy, or print, just make sure that I can read it.

The late Donal O’Connell, a great GAA man, and a good friend used to hand in a computer-generated lineout when he was in charge of Rockland.

Hope you enjoyed the 4th and that too many diehard GAA folk didn’t suffer withdrawal symptoms as there were no games in Gaelic Park. Still great to see GAA stalwarts such as Denny and Tommy Fahey, Tom Nugent, Tom Lilly, John Kelly, John Marren and Mattie Chambers assisting running the games at Gaelic Park every week.