A Dublin native and renowned nephrologist and professor of medicine at Mount Sinai School of Medicine has died aged 56. 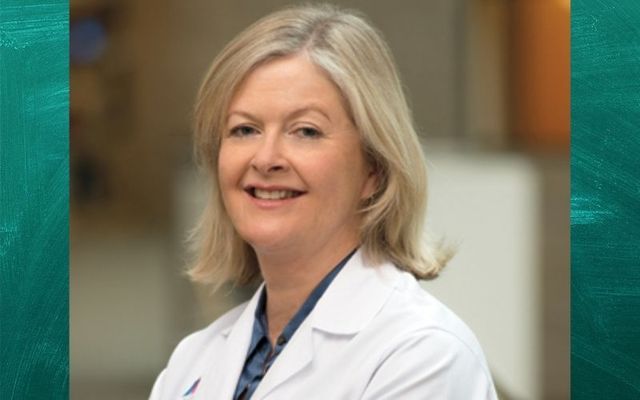 Doctor Barbara T. Murphy a Dublin native and renowned nephrologist and professor of medicine at Mount Sinai School of Medicine in New York City, has died aged 56. A memo circulated internally at  Mount Sinai expressed the leadership's  "tremendous sorrow" The cause of death has not been stated.

Murphy was president-elect of the American Society of Nephrology (ASN) and in June was named as the recipient of the ASN's first Lifetime Achievement Award. She was the keynote speaker at the Irish America Magazine Healthcare 50 in 2017.

The Mount Sinai memo stated, "her extraordinary resume does not fully represent or encapsulate the deep and lasting impression she made on her colleagues, friends, and mentees throughout the Mount Sinai Health System and the greater medical community."

They said "Her discoveries have led to renal transplantation in HIV-positive patients becoming standard of care. She conducted groundbreaking research using high-throughput genomic technologies to understand the immune mechanisms that lead to graft injury and loss. Importantly, she aimed to identify gene expression profiles or genetic variants that would predict patients' risk for disease."

"Dr. Murphy's laboratory took a systems biology approach to identify genetic drivers of fibrosis; this had important implications for kidney transplantation, but she hoped it would have an enormous impact on all organ transplantations in the future."

Murphy was honored as part of Irish America Magazine's 2019 Healthcare and Life Sciences 50 Awards. Her award profile stated "She was first recruited to Mount Sinai as Director of Transplant Nephrology in 1997 and was named Chief of the Division of Nephrology in 2003. In 2011, she was appointed Dean for Clinical and Population Management, Director of Conduits at the Institute for Translational Science, and PI of the Institutional CTSA. She was named Murray M. Rosenberg Professor of Medicine and Chair of the Samuel Bronfman Department of Medicine at the Icahn School of Medicine at Mount Sinai in 2012.

"Dr. Murphy is a Councilor for the American Society of Nephrology and past President of the American Society of Transplantation. Among her numerous honors, Dr. Murphy was named Nephrologist of the Year by the American Kidney Fund in 2011 and received the Wyeth Basic Science Investigator Award – the single most prestigious award for young physician-scientists in the transplant field – from the American Society of Transplantation in 2003. She is the recipient of the 2014 Jacobi Medallion for her dedication and distinguished service to Mount Sinai. In 2018 Dr. Murphy became Chair of the Scientific Advisory Board for RenalytixAI, a company that uses artificial intelligence solutions in collaboration with the Mount Sinai Health System to improve kidney disease detection, management, and treatment.

"Born in Ireland, Dr. Murphy earned her M.B., B.A.O., and B.Ch. from the Royal College of Surgeons in Ireland and went on to do an internship, residency, and a fellowship in clinical nephrology at Beaumont Hospital in Dublin."