Brooklyn Shamrocks topped the Rangers 4-9 to 1-14 on May 2 in Gaelic Park in the Bronx. 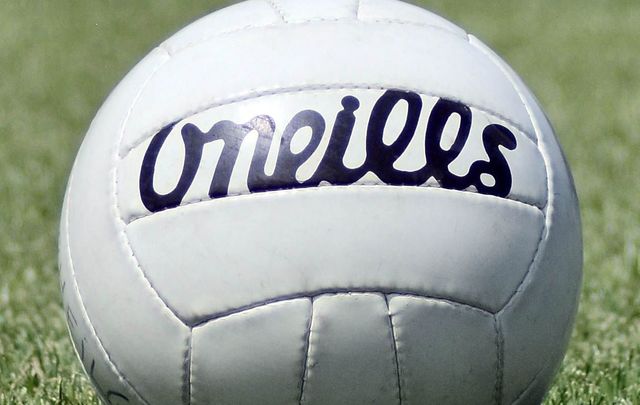 This was a highly competitive and entertaining senior clash where goals were critical in gaining the victory for Brooklyn.

Shane Doheny got the opening score for Rangers, while Brooklyn missed an open goal at the other end. Niall Madine opened their tally with a good assist from Adam Keaney, and the tenacious and industrious defender was on hand to tap over their second minor.

The lead was short-lived as Rangers’ chief scoring ace, Kevin Loane, blasted to the net after an incisive pass from Conor McIntyre. Loane quickly added another to culminate a nice give and go movement.

At the other end, Sean O’Neill did well to keep out a goal-bound effort from Madine, but at the expense of a 45. The resulting kick by keeper Cunningham seemed to be drifting wide, but Madine forcefully fisted the ball to the net.

Rangers raced back in front courtesy of points from Keith Quinn and McIntyre before the water break. After mandatory hydration Rangers stormed further ahead with spectacular points from Declan Corrigan and Loane, but the lead was quickly reduced after Andrew McGowan rode several robust tackles to blast the ball to the net.

Then another goalmouth scramble ended with keeper Tansey injured and Brian Twomey had to be deployed in goals.

For the last few minutes of the half, front men Gillespie and Madine used the mark well to notch two points to leave the game level at the short whistle. The exchanges were fairly even on resumption as Loane (two) and Quinn hit the target while Gillespie (two) and Madine did likewise for Brooklyn.

Then came the turning point as Anthony Devlin delivered a good diagonal ball to Stephen Malone who rode several hefty tackles before blasting the ball to the net.

Brooklyn were now in the driver’s seat as Devlin landed a long range point after Madine had dropped back to shore up the defense. Before the last water break Loane lofted over a left-footed effort to reduce the deficit to three points.

Rangers were clawing their way back as PJ King fisted over, but the Ranger rally was ruined as Brooklyn’s midfielders, McDermott and Devlin, combined very well for the latter to fire low to the corner of the net.

Loane and Quinn added late points, while McGowan capped off a great performance with a closing point.

In the last quarter, Brooklyn used their speed, strength, and savvy to very good effect once they got out in front.

Rangers had their stellar moments, but the well-executed goals were the decisive factors along with the dogged defensive duties of Keaney, Scally, Langan, and company in this senior league clash.

Man of the Match: Stephen Malone.