St. Barnabas topped Rangers to make it into the Junior A final, while Shannon Gaels prep to open their own field in Queens. 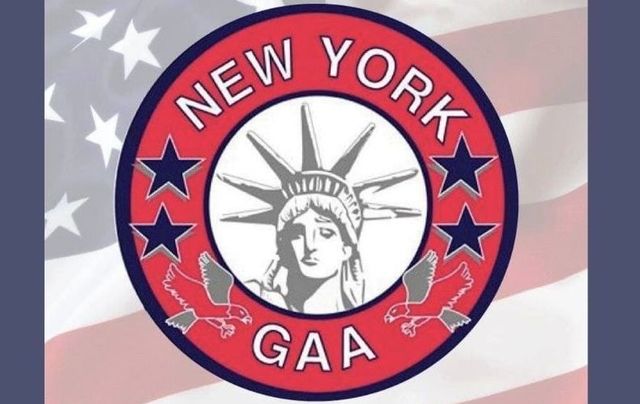 A round-up of this week's happenings in the New York GAA scene.

St. Barnabas booked their spot in the Junior A final next Saturday evening against Cork with a late goal flourish. The Bronx boys started and finished well but their performance was leaden and lethargic for large periods, prompting one of their exasperated mentors to wonder whether there were residual celebratory effects from the senior championship victory.

Indeed, the scoreboard was a tad flattering as Rangers were the better team for extended periods, but then talent like cream always rises to the top as happened in the closing stages of the game.

St. Barnabas started swiftly and smartly as Tiernan Mathers floated over a 50 yard free with consummate ease, and then he linked up with brother Conor for him to fire over a point. Then they looked poised to raise a green flag as the ball was worked along the end line before being flicked to the net, but the umpire ruled the ball had gone over the end line first.

Rangers got on the board with a Shay McElligott point, and Joey Grace capitalized on a poor kick out to slot over another point. Then before the hydration break, a Mikey Brosnan free put his team back in front.

Rangers were totally dominant in the second quarter as Ryan O’Neill. Grace, Emmett Loughrane, Kevin Loane, and company were taking the game to Barnabas. They added four points courtesy of Grace (two), PK King, and McElligott.

Indeed Rangers should have been much further ahead as they wasted good possession with bad wides. Still, they led by 0-6 to 0-4 at the break as Brosnan finished the scoring with a free at the buzzer.

Upon resumption, the Brosnan brothers combined well to add a brace, but that was quickly negated with a great goal from Loughrane. Then a foul on King set the stage for McElligott to point and push Rangers into a five points lead.

Barnabas finished the quarter strongly as Tiernan Mathers weaved, dodged, and scythed his way for a well-worked goal, a great vignette of his attacking skills. Then a strong run by Kevin Rafferty and a deft pass to Brosnan set the stage for the full-forward to slot over a minor.

Rafferty continued to make his presence felt as he rode several robust tackles to confidently fist over, and give Barnabas the lead 1-8 to 1-7 entering the last quarter. The lead didn’t last long as a turnover courtesy of sloppy or careless passing gifted Grace the leveling point.

Rangers then looked as if victory was within their grasp as Brian Twomey sent a powerful shot to the roof of the net and McElligott slotted over a point after a patient buildup. Now with seven minutes left, Rangers were five points to the good, and that’s as good as it got as St. Barnabas stepped up their performance and production considerably.

The scoring spree began with a crucial interception by Peter Cronin, and then after a defense-splitting run, he set up Gearoid Kennedy for a point. Shane Brosnan quickly added another before young Kennedy, now finding his groove, and more importantly, the range was also on target.

A Rangers counter-attack was once again interrupted by Cronin and he looked to have set up a goal chance, but the goal-bound effort was deflected out. However, the next goal attempt was blasted to the net by Shane Hennessy after a timely pass from Conor Mathers.

Barnabas were now in overdrive as Dion Norney pointed and Tiernan Mathers put an end to Rangers’ hopes with another well-engineered goal. Rangers did have a late attack, but the ball came off the post and was carried safely up the field as the time ticked away.

The season wraps up at Gaelic Park on Saturday, October 3 with the Junior A final, Cork vs. St. Barnabas, at 6:30 p.m., and the Junior B final, Rangers vs. Shannon Gaels, at 8 p.m.

Shannon Gaels will officially open its full-size Gaelic sports field at Frank Golden Memorial Park in College Point, Queens, on Saturday, October 16 at noon. The ceremony will be followed by juvenile boys’ and girls’ games.

“This celebration will mark almost 10 years of dreams, thousands of hours of hard work, and countless fundraisers dedicated to the goal of building two superb GAA playing fields in Queens. From our club’s early days at Sunnyside Park, we have finally achieved our dream of having a full-size GAA field in Queens, New York in the modern era,” says the club.

*This report first appeared in the September 29 edition of the weekly Irish Voice newspaper, sister publication to IrishCentral.