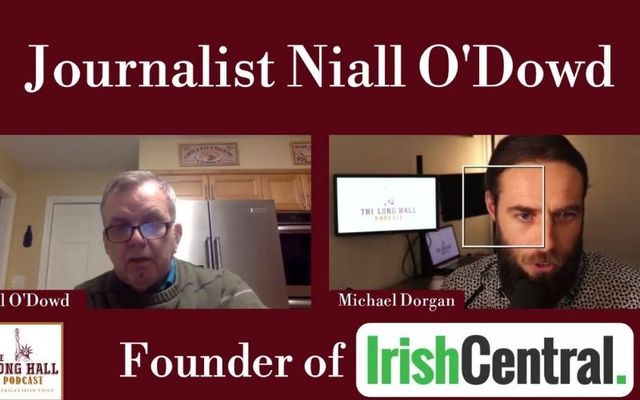 Niall featured on the Long Hall Podcast at the end of January, a podcast series set up by Michael Dorgan and Johnny Kennedy last year to interview renowned Irish personalities and discuss all things Irish-America.

Niall has been a leading voice for the Irish in America for more than four decades and has established several Irish-American news publications, including the Irish Voice and IrishCentral.

Among other things, Niall talked about his role in the peace process and his experiences with former President Clinton in the latest episode of the Long Hall Podcast.

Speaking to co-host Michael Dorgan, Niall also discussed Joe Biden's presidency and what it will mean for Irish-America.

Cork-born Michael Dorgan is a journalist who has written for the Irish Examiner, Irish Times, and Irish Central covering a wide range of topics including news, sports, and politics.

You can watch Niall's appearance on the Long Hall Podcast below.