Irish coach George Gibney avoided 27 charges of rape and sexual assault in Ireland in 1994 and has lived in the US ever since. 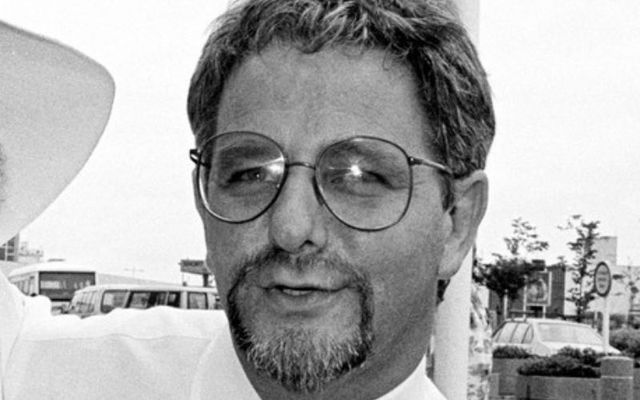 "Where is George Gibney?," a true-crime podcast about a former Irish swimming coach accused of sexual abuse, could prove instrumental in bringing him home from exile in the United States to face criminal charges.

George Gibney, 72, is a former head of Ireland's Olympic swimming team who avoided 27 charges of rape and sexual assault against young male and female swimmers in 1994 after an Irish appeals court ruled that the alleged incidents were too old. The charges related to alleged incidents between 1967 and 1981 and the court ruled that Gibney could not properly defend himself because the charges lacked detail.

However, a number of his former swimmers have come forward in the last six months after Gibney became the subject of a popular 10-part BBC podcast series.

"Where is George Gibney", a podcast series produced by Irish sports media company "Second Captains" in conjunction with the BBC, first aired in August 2020 and has prompted at least 18 of Gibney's former swimmers to come forward with fresh allegations of abuse.

Podcast host Mark Horgan said that 18 swimmers had contacted his team since the podcast first aired in August claiming to be one of Gibney's victims, while gardaí have also confirmed that two former swimmers have also lodged fresh allegations against the former coach.

Gibney, who now lives in the United States, cannot be indicted on the charges that were dismissed in 1994 but could be extradited if new charges are brought against him. Irish case law has also changed since the charges were dropped in 1994, making it easier to prosecute new allegations of historical child abuse.

Gardaí investigated Gibney again in the late 1990s for other sexual abuse allegations, but prosecutors decided against pressing charges or seeking his extradition from the United States.

The former swimming coach moved to the United States on an immigrant visa shortly after the court of appeal's ruling in 1994 and currently lives in Altamonte Springs, near Orlando, Florida.

The 72-year-old tried to restart his career as a swimming coach after leaving Ireland and briefly took up a role in Scotland. However, he was forced to resign from the post after parents became enraged with his appointment and he sought to rebuild his career in the United States thereafter. He lived in California for a time before settling in Florida, with records also showing that he worked at a pool in Arvada, Colorado.

The New York Times reports that Gibney took advantage of a loophole in US immigration law to gain entry to the US.

Gibney had applied for an immigrant visa in 1992 - six months before any charges were brought against him - and he was, therefore, able to produce a garda certificate that correctly stated that he had no criminal record. Furthermore, Gibney was able to truthfully answer that he had never been arrested or charged when he was filling out his application forms.

However, Gibney failed to obtain US citizenship in 2010 after he was asked to produce records of all criminal proceedings brought against him, even if he was acquitted.

He has never been charged in the United States, but one of his former Irish swimmers said that she was raped by Gibney at a training camp in Tampa Bay in 1991 when she was 17 years old.

Mark Horgan said that the producers of the podcast approached Gibney in person last year but that he didn't look them in the eye and declined to speak to them.

Horgan said that the podcast was about giving a voice to his victims and told the New York Times that he never expected a criminal investigation to come from the series. He said that there was a chance to deliver justice to all of Gibney's alleged victims.

"This was one of those black moments in Irish history — and there were many of them — where the Irish courts mirrored Irish society in not knowing how to deal with historic child abuse," he told the New York Times. "I think this is an opportunity for Irish society to right one of those wrongs. We really do hope something comes of it."