The five-part Bad Bridget podcast explores different aspects of life for Irish women who emigrated to North America more than 100 years ago. 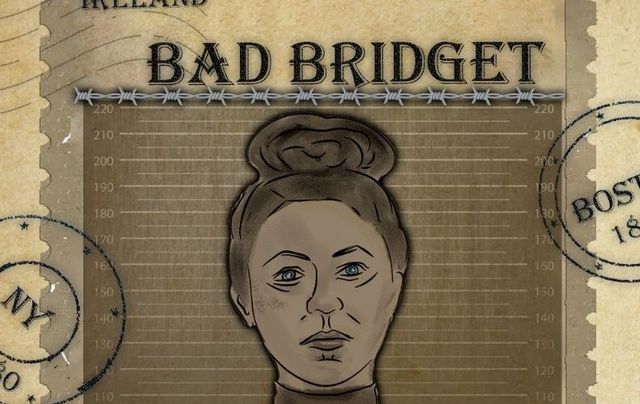 A new five-part podcast series has revealed how tens of thousands of Irish women ended up in prison in North America for a range of criminal offenses between 1838-1918.

The "Bad Bridget" podcast series tells the largely untold story of thousands of Irish women in the United States and Canada who were incarcerated for offenses ranging from pick-pocketing to murder during an 80-year period in the 19th and 20th centuries.

Led by Dr. Leanne McCormick from Ulster University and Dr. Elaine Farrell from Queen’s University Belfast, the series how not all Irish emigrants became presidents, war heroes, and the people who built North American cities and infrastructure.

The five podcast episodes look at different aspects of life for Irish women who emigrated to North America more than 100 years ago.

Featuring Derry Girls star Siobhán McSweeney, the series explores how alcohol, pregnancy outside marriage, poverty, and sex work all played a part in creating a class of Irish female criminals.

The very last episode of the series, meanwhile, focuses on the few Irish women who were convicted of murder in North America, including Lizzie Halliday from County Antrim, who was dubbed "the worst woman on earth" for her crimes.

Halliday was convicted of murdering three people in 1891 and became the first woman in American history to be sentenced to death by electric chair. Her sentence was later commuted to life in a mental institution and she brutally stabbed a nurse to death while institutionalized.

The podcast also tells the story of Margaret Brown, a career thief and shoplifter who was known as "Old Mother Hubbard."

Brown's criminal career spanned more than five decades and numerous prison sentences and Dr. Farrell and Dr. McCormick examine how she carried out her crimes.

"She befriended women shoppers, admired their purchases, and dipped her hands into their pockets and purses, they said. "She also tried to escape from a prison in Chicago in 1877 by tying bedsheets together and fell several stories."

The series examines prison records from Boston, New York, and Toronto to tell the story of how a disproportionate number of Irish women were imprisoned in North America.

The compelling series was produced after more than five years of research and aims to tell the story of women who have largely been written out of Irish-American history.

"We hope that bringing to light untold stories of Bad Bridget's shows the diverse experiences Irish girls and women had in North America," Dr. Farrell said.

Dr. McCormick added: "The podcast highlights that experiences of Irish women in New York, Boston and Toronto included criminality and deviance, and it explores how gender, age, ethnicity, and prejudice played a role."

The five-part series is based on the Arts and Humanities Research Council-funded project of the same name and the podcast is available on Spotify and Apple Podcasts now.