Eilish Flatley to return to Carlow after emigrating to the US in 1947. 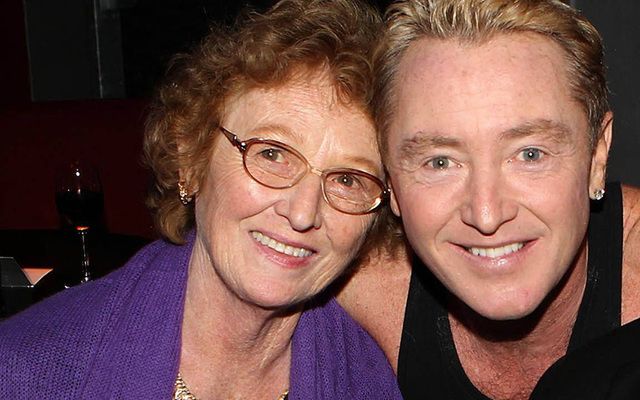 After sadly losing his mother on December 28,  Irish dancing superstar Michael Flatley confirmed she is to be brought to Ireland to be buried alongside his father in Carlow, in accordance with their last wishes.

The dancer’s mother, Elizabeth ‘Eilish’ Flatley (81), died a few days after Christmas in Chicago and although funeral arrangements were held on Saturday in Orland Park in the city, her body is to return to her native Carlow this week as she insisted on being laid to rest alongside her husband of 60 years.

Losing his father Michael Snr, aged 88, in March 2015, dancing superstar Flatley told his fans via Facebook that his mother’s “heart just gave out.”

Flatley’s family were by her side as she passed away and they are now to honor her last wishes in reuniting Eilish with their father.

“It was a love affair that would last for 60 years. They would conquer the world together,” Flatley said.

“She was a truly remarkable woman. My father and mother were totally devoted to each other. They were blessed with a fabulous relationship–60 years married. They worked side by side to build the family plumbing business.

“My mother did it all. I’m so proud of them and we are blessed to have had them as parents, the dancer continued.

Michael Snr hailing from Sligo and Elizabeth hailing from Co. Carlow, Flatley’s parents met at an Irish dance in Detroit after immigrating to the US to work in the 1940s.

Marrying in 1956, they moved their family to Chicago where they set up a successful plumbing business and raised five children.

Flatley's parents passed on their Irish heritage to their children, however, and it was his mother and grandmother, in particular, who introduced him to Irish dance.

“We were blessed that my mother and my grandmother (Hannah Ryan) both carried on the tradition and gave us the opportunity to do something that is uniquely Irish,” Flatley said.

Both Eilish Flatley and her own mother were champion Irish dancers and when Michael Jnr began taking lessons when he was 11 years old at the Dennehy School of Irish dance in Chicago, it came apparent he was blessed with the same talent.

Since his introduction to the Irish tradition by his family, Flatley has become one of, if not the world’s best known Irish dancers, becoming the first American to win the World Irish Dancing Championship just six years after first starting to dance and performing regularly with The Chieftains, before the iconic Riverdance took the world by storm.

Flatley has since been the mastermind behind several Riverdance spin-off shows including ‘Lord of the Dance’, ‘Feet of Flames’ and ‘Celtic Tiger.’ He retired his dancing shoes last year and has since found further success as a painter.

Michael Snr was laid to rest in the village of Saint Mullins in County Carlow, close to Eilish's ancestral home, in 2015 after he suffered from congestive heart failure. He will now be joined by his wife Eilish.

Making the eulogy at his father’s funeral, Flatley described him as his “hero.”

"My Mom has been a pillar and strength through all of this. I loved my father, he was my hero.

“He was a strong Irish man, proud and driven. He left County Sligo back in 1947 with nothing but an inexorable drive and determination that he could make it in the new world of America", he said.

Eilish Flatley is survived by her sons Michael and Patrick, and three daughters Anne-Marie, Eliza, and Thomasina.