Update: Men rowing from US to Ireland rescued at sea but their story isn't over yet

Irish man Réamonn Byrne speaks to IrishCentral about their incredible first few days out at sea and how they are going back rowing the open water this weekend. 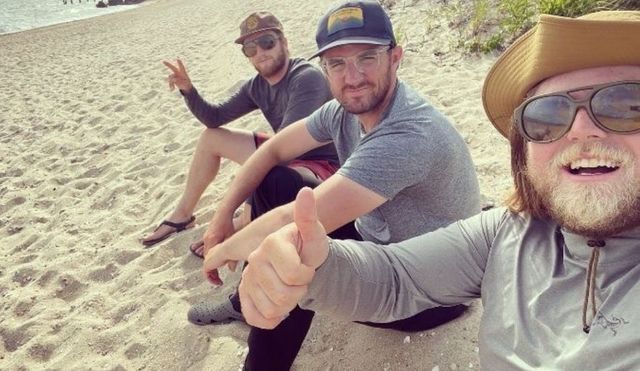 This weekend three men who were rescued off the coast of Cape Cod while rowing across the North Atlantic to Ireland, are heading back into the water.

During their first eight days out at sea, they were hit by seasickness, tropical storms, and an electricity failure. Eventually, they were rescued off the coast of Nantucket, MA. but speaking to IrishCentral, Irish man and crewmate Réamonn Byrne, says their story isn't over yet.

When I last spoke to Réamonn Byrne, he and his companions Ryen Cosgro and Chris McCaffery were only days away from rowing out to sea and into the abyss towards Ireland.

A lot has happened since then and speaking to him on the phone this week, there was a lot of news to catch up on.

"We had a great first four days the only thing was the seasickness. Ryen and I were seasick the first day but managed to get over it pretty quickly. Poor Chris was sick on and off the first eight days...He’s a tough man though and laughed it all off and rowed 12 hours a day through it," Réamonn explains.

They were managing their daily distance goals and at one point they rowed 60 miles in the space of a day, but then Storm Claudette arrived and "ruined everything." 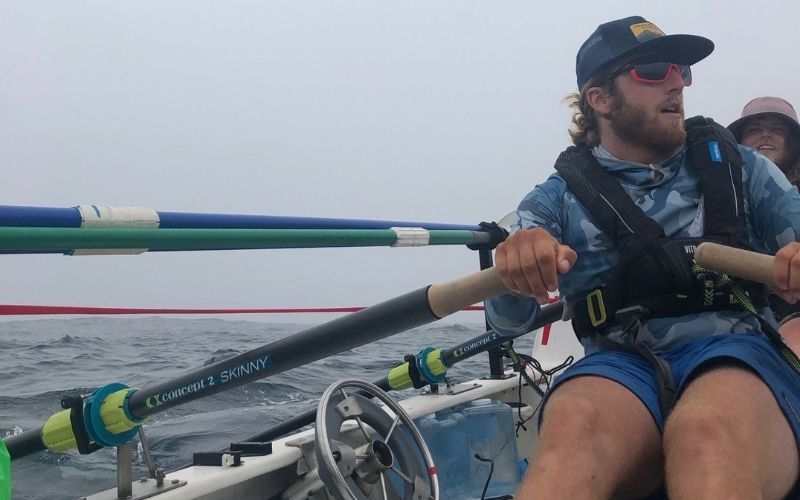 The parachute anchor was pulled and the three men sat on the deck in the middle of the ocean and waited two days for the storm to pass. At the same time, the fog began to settle around them meaning their solar-powered electricity system was without energy. They were now dependent on the boat's industrial batteries to power the electricity,  what they didn't know was that this would lead to more problems down the line.

"The last day in the fog was kind of hairy, we were up all night checking the VHF radio system [that alerts other boats of their whereabouts]. At one point a big ship just missed us, we could hear the engine rumbling past us, We weren’t making water because [without the electricity] our water supply was running down after a couple of days."

At this stage, they were just south of Nantucket, Cape Cod. When the fog finally lifted they began rowing again and Réamonn was thinking he might finally be able to get some sleep. Nature had other plans though and another massive storm hit them.

"It went from being calm to crazy in an hour. It was like another worldly kind of scene, it’s nothing I’ve experienced before, I say very few people have. We’re sitting on the deck [rowing the boat] and I’ve never seen rain so hard. The adrenaline is high and it makes you very calm and focused, it was everything I went out there for."

The wind started to pick up leaving them no choice but to pull their oars in and surf down huge waves, all the time trying to keep the boat steady.

"I was fine [because] I could see the clear skies on the horizon, you could see the breaks in the clouds and I thought it’s got to be over in a couple of hours, we must be through the worst of it."

The storm "stopped on a dime" and when Réamonn looked inside the boat the power has completely gone. The system to let other boats know where they were, was using more electricity than they had anticipated and had drained their batteries completely.

At this point, night had fallen and they were surrounded by darkness, the only lights they had were coming from their emergency supply.

"There was a big shipping lane right beside us and we couldn't drift into that, that’s really dangerous." They made the decision to drop the anchor and knew at this point they needed help. “We sat for fifteen minutes in silence going over the failure in our heads," Réamonn says describing the moment.

But their story doesn't end here. When morning came, Réamonn called a towing company who brought them to Falmouth on Cape Cod. Since landing on the Cape, the three men have become local celebrities, appearing in newspapers and on TV.  They've also received endless support from locals who have also helped them fix and improve their boat 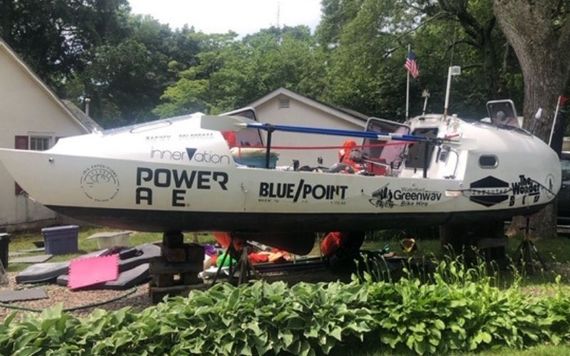 So, what's the plan now? "We're going to Ireland", Réamonn says without a hint of hesitation. And that's exactly what they are doing. Today, Saturday 10 July, The Hard Way Home are hitting the water once again and continuing their journey.

Keep an eye out for next week, where we'll be sharing Réamonn's story of being gifted a Miraculous Medal, and why he's keeping a promise with a family to bring it back to Ireland.