LGBT ex-servicemen marched in ’15 & ’16 but have been barred from this St. Patrick’s Day Parade. 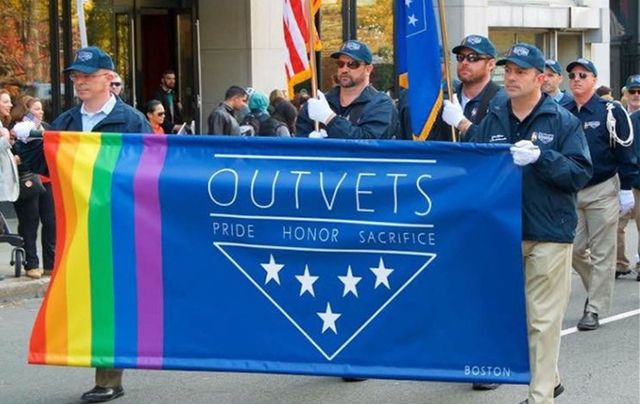 A group of lesbian, gay, bisexual, and transgender ex-servicemen have been banned from Boston’s annual St. Patrick’s Day parade. The group had marched without incident in 2015 and 2016, but to their surprise and dismay, they were told they would not be welcome at this year’s parade.

The exclusion of the LGBT vets drew an immediate response from Boston Mayor Marty Walsh, who vowed to boycott this year's parade and hit out at the organizers. Governor Charlie Baker also joined the boycott as did Congressman Joe Kennedy.

Walsh stated: “I will not tolerate discrimination in our city of any form. We are one Boston, which means we are a fully inclusive city,” Walsh said in a statement to the press. “I will not be marching in the parade unless this is resolved. Anyone who values what our city stands for should do the same.”

Inexcusable to deny any one who has fought for our country the right to march in historic St. Pat's parade. I stand proudly w @OUTVETS.

In a statement on their Facebook page the gay veterans group hit out at the South Boston Allied War Veterans Council that had blocked them from attending. “The Council did not give a clear reason, but, given the tenor of the Council's deliberations, one can assume it's because we are LGBTQ.”

Head of @OUTVETS speaks passionately says organizers of #StPatricksDay Parade are being disrespectful of all vets by not letting them march. pic.twitter.com/K8f5yQ0BmA

When asked by commentators on the post how they felt people should respond to the news, the group had a clear response: “Share the message and spread the word. Boycott the parade.”

The group has had a tempestuous relationship with the Council in recent years. Although allowed to march in the 2015 parade for the first time ever, many members felt snubbed after they were allocated a slot near the back of the parade – far away from all other veterans groups taking part.

Some felt the perceived slight was so disrespectful they shouldn’t bother to march at all, but the organization concluded it was “not there for our own benefit, but to honor those who had served and are still serving our country. So, we marched. We marched proudly.”

Congressman Seth Moulton who previously marched with the group also denounced the decision. “Let’s just be clear,” he wrote on Facebook, “these are men and women who courageously put their lives on the line for our country. They deserve our respect just as much as anyone, and if this decision is not reversed immediately, I would encourage anybody who supports freedom, equality, and the service of our veterans no matter who they are, to boycott this parade.”

If the organizers of the South Boston parade do not reverse their decision to exclude OUTVETS, I will not participate in this year’s parade. pic.twitter.com/uFb0YXa0xh

However, not everyone was disappointed. In an email to IrishCentral CJ Doyle from the Catholic Action League said, “Whatever the reason, a parade named in honor of a Catholic saint should never be used as a venue for those who despise and reject Catholic morality, and castigate such morality as bigotry, prejudice and homophobia. The venerable name of Saint Patrick should not be exploited and trivialized by those who have contempt for the Catholic Faith, and have no interest in the ancient Catholic culture and heritage of Ireland."

Organizers of St Patrick’s Day parades in the United States have often struggled with requests by LGBT Irish groups for inclusion.

In New York, the local Irish Gay and Lesbian Organization (IGLO) chapter first asked to march in 1991. Their request was granted, but they were banned the following year because of alleged bad behavior. In 2000 a St Pat’s For All parade was launched in Queens – chiefly out of anger at the organizers of the 5th Avenue parade for the ongoing ban on LGBT groups.

The ban led to boycotts by numerous politicians over the years – from out lesbian New York City Council Speaker Christine Quinn to President of Ireland Mary McAleese – but was ultimately lifted in 20 15 when an LGBT group from NBCUniversal was cleared to march.

IrishCentral contacted the South Boston Allied War Veterans Council for comment but have yet to receive a reply.

Read more: What’s happening around the US for St. Patrick’s Day