Mary Flip of Chandler, Arizona, has lived through both World Wars and the Great Depression and celebrated her 101st birthday on November 2 with a glass of her favorite beer. 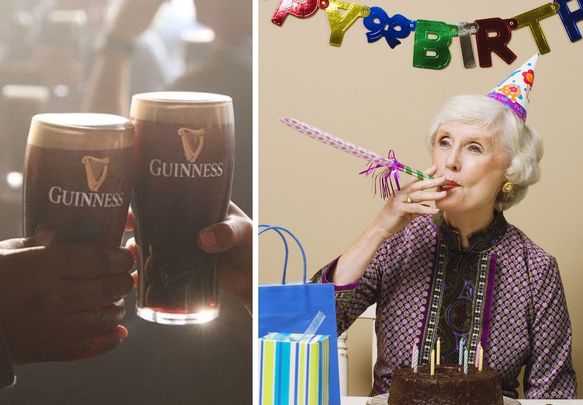 A 101-year-old woman from Arizona celebrated her recent birthday with some Guinness and dancing.

Mary Flip, of Chandler, Arizona, has lived through both World Wars and the Great Depression.

Born in Illinois in 1921, Flip celebrated her 101st birthday in Arizona on November 2.

Speaking ahead of her birthday last Wednesday, Flip said she would celebrate with a glass of Guinness - her favorite beer - and some dancing.

"I'll get up on the table," she told local news outlet Fox19.

Flip, a mother of six, showed off her wit and sense of humor on her birthday when her daughter quizzed her about the secrets of a long life.

"How do you feel, Ma?" Flip's daughter asked. "With my hand," Flip responded with a chuckle.

Flip spent her childhood in Illinois before moving to Mexico at the age of 18. She lost her mother and sister as a young child and was the only surviving member of her family by the time she was 15.

She met her future husband in Mexico, got married, and lived a quiet life as a rancher for a period.

Flip moved back to Chicago when she became pregnant with her first child and began pursuing a career in art. She would go on to become a famous artist recognized by the Chicago School of Art.

"I really like to draw. And I was able to figure out that things change even as you’re drawing them. So, I was able to develop and make them look real. It took time but I had nothing else to do except raise a bunch of kids," Flip told Fox19.