Lucy Kennedy, who investigated the vital role that women play in their communities during the second episode of her new series "Lucy Investigates", said it was "very surprising" that an anti-Traveller attitude still exists in 2022. 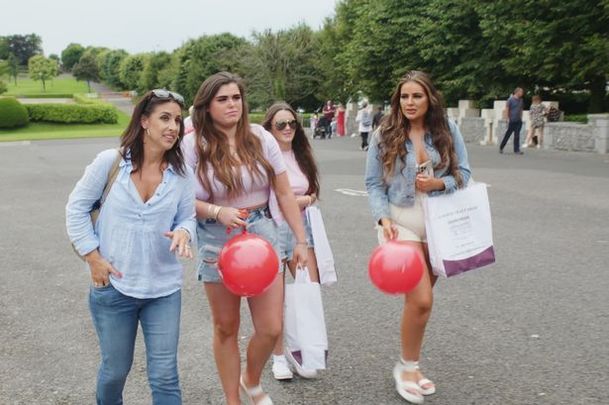 An Irish presenter said she witnessed "disgusting" discrimination toward female members of the Traveller community while filming a new television series.

Lucy Kennedy, who investigated the vital role that women play in their communities during the second episode of her new series "Lucy Investigates", said it was "very surprising" that an anti-Traveller attitude still exists in 2022.

"It’s a very different world I have to say. And it was a very interesting insight just seeing there is inequality within the Travelling community itself, but also still in 2022, a qualified young Traveller girl will find it hard to get a job because of her surname," Kennedy said on this week's episode of "Lucy Investigates".

"I just think it is disgusting actually, and I’m quite embarrassed by it.

"And a little girl saying she’s too nervous to say she’s from the Travelling community in her school, like imagine a child having that.

Kennedy said she feels "sick" and "angry" that young girls have to worry about being judged for where they come from, adding that she thinks it's "just awful".

"It’s just very surprising that still in 2022 there is this attitude. I don’t understand it."

Kennedy said there is something about the Traveller community that "people just attack".

Kennedy, who previously worked with many of Ireland's celebrities on her show "Living with Lucy", listed Traveller actor John Connors and Big Brother star Hughie Maughan as some of her favorite guests on the show.

"I’ve spent a lot of time with Travellers and I have never ever had a bad experience. I have to make that so clear."

"I had my best sleeps in Hughie Maughan’s camp. Everyone was so nice, so respectful, same as John Connors.

"Like John Connors’ granny who I adore, you would not meet a more ladylike, respectful, kind, generous woman, and she holds her values so close to her heart. She’s a beautiful person.

"And it makes me feel physically sick that anybody would judge her or hurt her feelings."