Irish Travellers are genetically different from the people of Ireland

New research shows that Irish Travellers could be as genetically far removed from settled Irish as the Spanish. 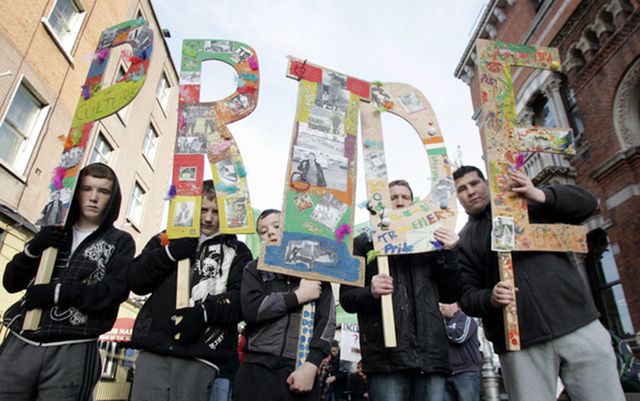 Minceirs Whiden, a group that aims to promote an understanding and the recognition of Travellers as a minority ethnic group in Irish Society, as part of International Human Rights Day (10/12/2009) marched from the Garden of Remembrance to the Dail. RollingNews.ie

A new study reveals that the Irish traveling community could be as genetically far removed from settled Irish people as the Spanish. The difference could be so distinct, in fact, as to warrant Irish Travellers being classed as their own ethnic group.

Although showing that Travellers originally descended from Irish people, the group has now become a very distinct ethnicity which is, at the very least, as different from the Irish as the Scots.

Using DNA analysis of 11,000 people including Travellers, Roma Gypsies, settled Irish, British, Continental Europeans and individuals from the rest of the world, the new study sought to establish the genetic connections between Travellers, the Irish and other international ethnic groups.

The genetic analysis now shows Travellers to be so distinct from settled Irish as to warrant their own ethnic group, a result that was welcomed by Pavee Point, the Irish organization that works for improving the welfare of and putting an end to the discrimination against the Traveller community in Ireland.

"I think the recognition of traveller ethnicity will put to bed this racist ideology that we are a people who need to be civilized and normalized by the State - no."

With a lack of documentary evidence on the history of Irish Travellers, there was a common myth or belief that the community arose out of the years of the Great Hunger when many impoverished Irish were forced to take to the roads in search of food and work.

The new research by the Royal College of Surgeons and the University of Edinburgh, however, finds fault with this notion, believing the communities to have split as early as 1597, 420 years ago, during the Plantation of Ulster.

Protesters from the travelling community protested about their rights not being recognised in Ireland to do with their culture and housing. Image: RollingNews.com

“We think this is a nice piece of evidence for that complex debate,” said Cavalleri, stating that he “would be supportive of some form of ethnic status” for Irish Travellers.

“Travellers cluster with the Irish but they are very definitely distinct from the Irish. There is a considerable genetic distance between them.” 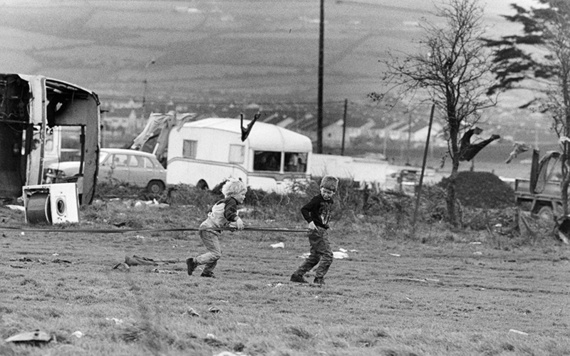 While to look further back would perhaps link the emergence of Travellers with the Plantation of Ulster, when the native Irish displaced from their land could have, in turn, formed a nomadic population, the study does not attempt to link them with any one event in history.

“We tried to avoid speculating. You could point to Cromwellian times but it is speculation,” Cavallari said.

The study also showed that no significant contribution was made by the Roma Gypsies to Traveller DNA, disproving a view that the two groups were linked genetically.

There are currently between 29,000 and 40,000 Irish Travellers in Ireland, accounting for 0.6 percent of the population.

The results of the research were published in the Nature journal Scientific Reports with Edmund Gilbert from the Royal College of Surgeons Ireland as the lead author.