DoitforDan Trust has teamed up with Lip Sync Battles Ireland for one massive fundraising event on YouTube to raise funds for the US treatment of little Dan Donoher. 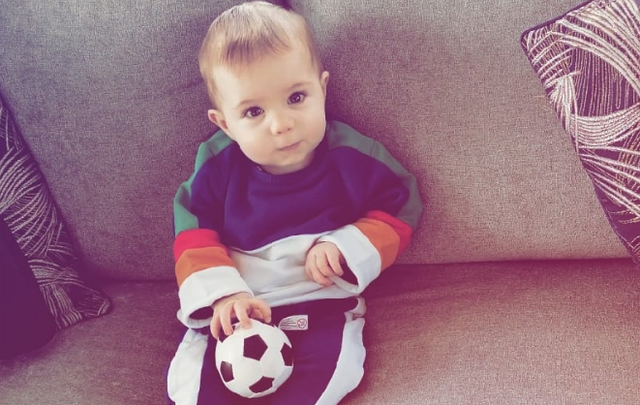 Do it for Dan! Lip Sync and half baby Dan! GoFundMe

DoitforDan Trust has teamed up with Lip Sync Battles Ireland for one massive fundraising event on YouTube to raise funds for the US treatment of little Dan Donoher.

Love Lip Syncing? Staying at home? We have the great cause you've been looking for all lockdown. We're looking for entries for a once-off live Lip Sync Battle on April 18th hosted by Alan Short. All entries are due by Easter Sunday, April 12th, via WeTransfer (see details and guidelines below).

IrishCentral readers can watch live on April 18th at DoItForDan.live and vote for their favorite acts. All monies raised by voting will go towards DoitforDan Trust ($1.09 / €1 = 1 vote).

You can also donate on the DoitforDan Trust GoFundMe page.

Here's why it's a wonderful cause - Baby Dan Donoher

Up until recently there was no cure. However, a groundbreaking treatment called Zolgensmahas has become available in America. It costs $2.125 million, making it the most expensive treatment in the world.

Zolgensma can be a one-time, life-saving treatment that allows for children with SMA to function in ways unimaginable just a few years ago.

Do it for Dan has teamed up with Lip Sync Battles Ireland (who have offered their services completely free of charge) to produce a massive virtual Lip Sync Battle presented by funnyman Alan Shortt that will go live to the nation on Saturday 18th April.

They are looking for families, solo acts, work colleagues to submit their Lip Sync videos via WeTransfer to info@lipsyncbattlesireland.com by Easter Sunday ( all current health advice to be observed) and their choreography team will pick the best entries for the show.

The Lip Sync Battle team already have some celebrity acts and judges confirmed for the event!

VotingRevenue for this event will be by way of voting before, during and after the show. More details on the event available on Do it for Dan and Lip Sync Battles Ireland Facebook pages.

Here's your guide to filming your Lip Sync Battle video:

When filming an entry it is important to make sure:

- Your camera or phone is filming in landscape mode

- Your camera or phone is set to the highest quality settings

- The environment you are filming in has lots of light, film outdoors if possible

- Play the music out loud so our editors can sync up the audio in your final video. There is no need to worry about sound quality as the original audio will be replaced

- Avoid filming against a window or other source of strong light

- Send your finished video files via WeTransfer to info@lipsyncbattlesireland.com.

You can also donate on the DoitforDan Trust GoFundMe page.