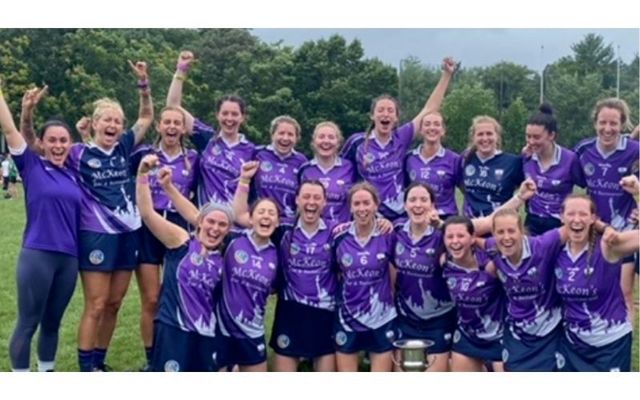 The victorious Liberty Gaels, a camogie team based in New York and New Jersey

Liberty Gaels, a camogie team based in New York and New Jersey plan to host a fundraiser to raise money and awareness for the women and children who are currently suffering in Afghanistan.

The Liberty Gaels won the North American Senior Camogie Championship for the fourth time in seven years in August 2021, now they are returning to New York with big plans to host a fun painting fundraiser at the Rockland GAA Club on Friday, Sept 24.

All proceeds from "Paint & Sip" will be donated to Women for Afghan Women, an organization striving to protect the rights of Afghan women and girls, both in Afghanistan and those arriving in New York seeking refuge.

Jane McCooey, Co-Founder of the Liberty Gaels, originally from Keady Armagh, watched the Taliban take Kabul as the US military left Afghanistan and was struck at how the lives of women in the country would be horrifically altered.

During the Taliban's rule, from 1996 to 2001, the group was renowned for their misogyny and violence against women. Women were forced to wear a burqa (full covering) at all times in public, women were prohibited from working or receiving an education apart from studying the Qur’an. The Taliban allowed and encouraged the marriage of girls under 16 years old. Now as the Taliban takes charge of the country once more there are grave concerns for women’s safety and civil rights.

Speaking to the Irish Examiner, McCooey who is running the Women For Afghan Women fundraiser said "What struck a chord for me as the Taliban were pushing in was the impact this would have on women."

She said "It's horrible to face this at any time but it was amplified for me because it was the week that we were preparing for our biggest event of the year.

"At training all summer, I was watching our girls learn and bond and grow. Being able to enjoy our heritage, our culture, and our identity over here, the power of that really hit home for me. That contrast with the plight of women in Afghanistan was difficult for me and I really struggled with it for a number of days." 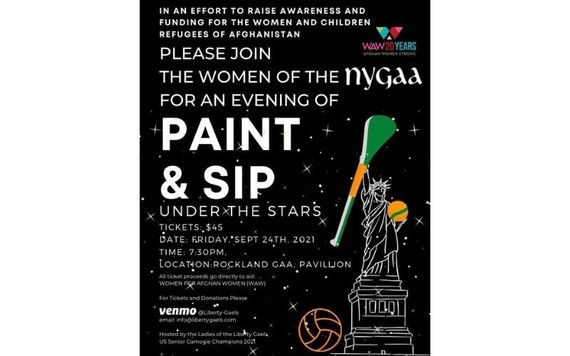 The weekend before their final she asked her clubmates what they knew about the situation for women in Afghanistan.

"Some knew and some were completely unaware and wanted to understand more. So it made my mind up that I wanted to help raise awareness too," McCooey said.

"As Irish immigrants, you come to America knowing that you have a real chance to be successful and we are also able to express ourselves. We have that liberty to be able to speak out. The fact that they can't ... it's just really hard."

Women for Afghan Women is a charity with an office in New York that strives to protect and promote the rights of oppressed Afghan women and girls in Afghanistan and New York, in an effort to help them pursue their individual potential to self-determination and representation in all areas of life.

To donate and find out more visit WomenForAfghanWomen.