The NYC Knights of St. Patrick presented a $50,000 check to the NYC St. Patrick's Day Parade committee at its recent Christmas party. 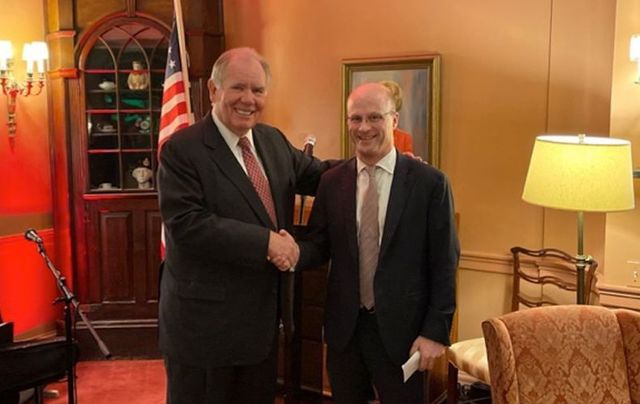 The Knights of St Patrick has donated $50,000 to New York City St. Patrick’s Day Parade Committee. The funds will go toward underwriting the 262nd annual parade up Fifth Avenue.

The Knights donated $50,000 to support the 262nd parade which will march up Manhattan’s Fifth Ave past the great St. Patrick’s Cathedral on March 17, 2023.

John Tully, Knights of St. Patrick Chair, presented the check to Sean M. Lane, Parade Chairman, who expressed his gratitude to the Knights for their steadfast financial support of the Parade.

The annual parade up Fifth Avenue is a celebration of the Irish in New York, which goes back to 1762, fourteen years before the signing of the Declaration of Independence.

The Knights of Saint Patrick is a member-funded 501c(3) nonprofit organization whose mission is to financially support the NYC St. Patrick’s Day Parade, and to promote the awareness and study of Irish culture.

Irish American Kevin J. Conway will be the Grand Marshal of the 2023 NYC Saint Patrick's Day Parade, which will be held on March 17.

For more information about the NYC  St. Patrick’s Day Parade, visit its website.