Irish couple Keith and Claire Morgan were relaxing in the luxury Adare Manor during their honeymoon when Claire's wedding band “took an unfortunate tumble down a drain”. 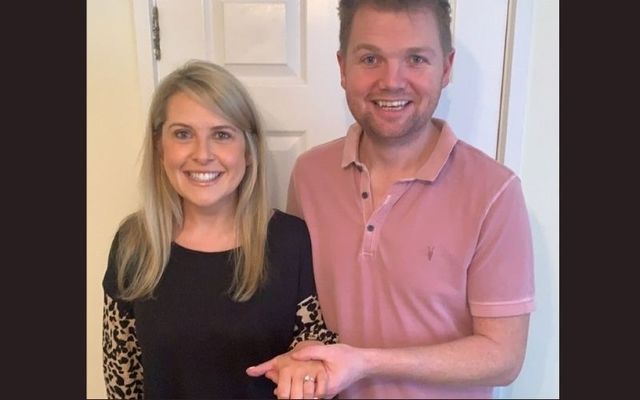 Determined staff at Adare Manor have been praised by a newly-wed couple after they retrieved a wedding ring that went missing for over a week.

Keith Morgan, from Atticall in Co Down, and Claire Morgan (née Kilboy), a school teacher from Dublin, were relaxing in the luxury Limerick hotel after their dream wedding in Dundalk, Co Louth.

But disaster struck when Claire’s wedding band “took an unfortunate tumble down a drain” during the couple’s honeymoon.

Claire says the hotel staff immediately pulled out all the stops to not only retrieve the wedding band but to console the devastated couple.

The couple also extended their stay in the hotel by an extra night to find the precious ring.

However, despite spending two days in the cold searching for the ring, the maintenance team and numerous drain specialists were unsuccessful in their efforts.

The couple went home and resigned themselves to losing the ring, but unbeknownst to them, the maintenance team continued the search.

A week later the hotel contacted the couple to inform them that the ring had been found.

Claire says she will never forget their kindness in “going the extra mile” and continuing to work to find the ring long after the couple had checked out and given up hope.

Adare Manor says it is “overjoyed” to be able to give the couple and staff at the hotel a “heart-warming boost”.

The hotel is an ideal place to spend an Irish honeymoon, considering it was recently ranked among the top 50 romantic hotels in the world.