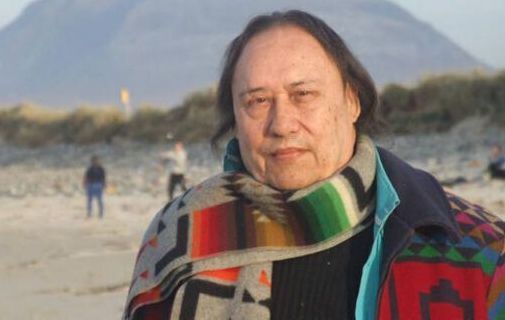 In 1847 the Choctaw nation donated funds to the Irish during the Great Hunger, now one of the tribe's elders needs Ireland's help.

Waylon Gary White Deer, of the Choctaw nation, is calling on the Irish for help. Waylon, who previously lived in County Donegal, was at the center of reigniting the tale of the Native American tribe's aid to Ireland during the Great Hunger, and now his Irish friends are calling on the public to help him. Waylon's home was destroyed by the snow and ice storm which whipped through Texas and Oklahoma.

A GoFundMe page has been established by Waylon's friend Don Mullan and has already gained support from Brian Dobson, the RTÉ broadcaster.

Mullan is calling on Waylon's "friends in Ireland and in the great Irish Diaspora might support me in raising funds to help him repair his humble abode and make it comfortable and secure for the years ahead."

Waylon had lived in County Donegal until 2019 just before the global health crisis struck when he returned to Oklahoma to the small two-story home he was inherited from his father.

"In the past year Waylon has suffered ill health and has been hospitalized twice with bronchial disorders, pneumonia and has undergone heart surgery," Mullan explained.

Then disaster hit. Waylon's home has suffered greatly in the February ice and snowstorm.

"He informed me that all of the outside water lines and inside drainage pipes have burst which means the system has been wrecked and there has been severe internal flooding. His home is very poorly insulated and heated only with small electric space heaters.

"The weather bureau in Oklahoma has confirmed that more such super storms will be coming because of climate change. Due to his health issues, his home was not insured, simply because he was unable to work and could not afford it.

"Waylon is now in his 70s and still dreams of returning to Ireland when it's safe to, to meet again his many friends."

Providing background to Waylon's strong link to Ireland Mullan writes "In 1989, I traveled as Director of AFrI to Oklahoma to thank the Choctaw Nation for their humanitarian generosity to Ireland during the worst year of Ireland's Great Hunger."

At the height of the Irish Famine, in 1847, The Choctaw, on hearing of the plight of the Irish people, donated $170 from their meager resources. Ireland's hardships mirrored the Choctaw's own. Just 15 years earlier they had been forcibly removed from their ancestral homelands in Mississippi to Oklahoma, during which they lost thousands of their people from cold and hunger.

"During my visit," Mullan continued. "I invited the Choctaw leadership to lead the annual famine walk from Doolough to Louisburgh, Co. Mayo.

"Thus began a remarkable connection which included a visit to the Choctaw Nation in Oklahoma by President Mary Robinson in 1995, and the Irish Taoiseach, Leo Varadkar, in 2018, and reciprocal Choctaw visits to Ireland over the years. 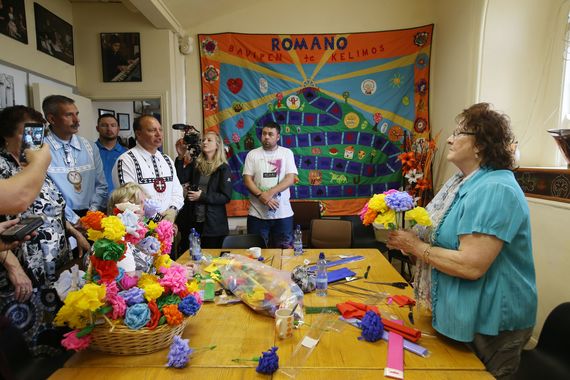 "In all of my dealing with the Choctaw the person who impressed me most was the distinguished Choctaw artist, Waylon Gary White Deer. He was always generous with his time and considerable talents. I found him to be a person of integrity.

"Waylon's knowledge of Choctaw history and culture was compelling.  As a Choctaw elder and tradition bearer, he commanded respectful silence when he spoke to Irish audiences of his ancestors and drew his listeners into a sacred space."

Waylon first visited Ireland as a guest of the charity Concern Worldwide in 1995. That year he was asked by the Irish government to commemorate through his art the 1847 Choctaw gift for a substantial commission. He donated the entire commission for the humanitarian work of Concern Worldwide to mark the beginning of the 150th anniversary of An Gorta Mór (the Great Hunger).

In fact, Waylon loved Ireland so much that he lived, primarily in a Gaeltacht region of Donegal for eight years.

Mullan added "His Famine related work has spanned 26 years during which he led various commemorative walks, gave lectures and talks, painted a mural in Derry's Creggan Estate, engaged in fundraising for humanitarian and justice causes, and was interviewed on national radio and television. He even made an appearance on RTE's popular soap 'Fair City', when it explored the Choctaw donation to Ireland."

The GoFundMe campaign is seeking to crowdfund US$10,000 for the immediate repairs. Mullan said, "If we raise more, we can ensure that Waylon's home is properly insulated so that in the years remaining, especially during winter, he will be safe and comfortable, as he continues to do what he is best at, creating his extraordinary art."