Dog abandoned for being "gay" rescued and renamed Oscar Wilde

Steve Nichols and John Winn, who say they know what it's like to face discrimination, rescued the dog who was abandoned for "being gay" and renamed him Oscar Wilde. 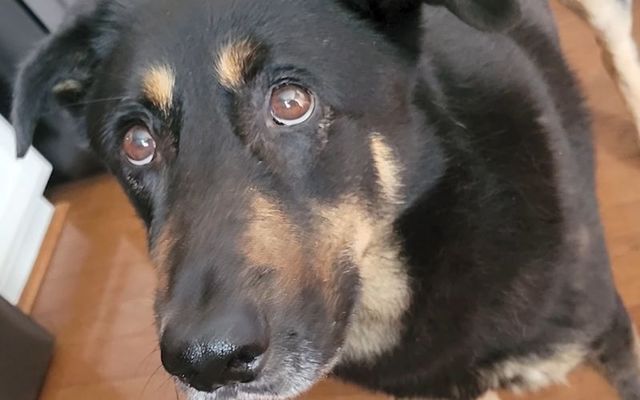 Oscar was abandoned by his previous owners because they believed the dog was "gay." USA Today, YouTube

A dog who was abandoned at a shelter in North Carolina for humping another male dog has been adopted and renamed after the famous gay Irish writer Oscar Wilde.

The original owners of the canine saw him humping another male dog and, fearing he was gay, dumped him at a shelter.

The story of the poor pup, named Fezco, went viral after the shelter posted it on social media, reports the Gaily Grind.

On March 22, the Stanly County Animal Protective Services in Albemarle posted on Facebook that the five-year-old dog had found a new home.

We would like to give a special thank you to Greater Charlotte SPCA for taking Fezco into their rescue! Thankfully, they...

A gay couple, who say they know what it's like to face discrimination, adopted the dog and renamed him "Oscar" after the famous Irish poet and playwright Oscar Wilde, who was sent to prison in 1895 for being gay.

According to the Charlotte Observer, Steve Nichols and John Winn were watching the local news when they saw the story of the abandoned Fezco. They couldn't believe someone would get rid of a dog for what is common canine behavior.

“It was one of the stupidest things I’ve ever heard,” said Nichols. “That’s just pack behavior.”

Dogs are known to hump each other regardless of gender as a way of establishing dominance or to relieve stress.

Nichols drove an hour from the couple’s home in Indian Trail to Albemarle to adopt the dog, who was "extremely sweet" and well-behaved.

He added that Oscar's previous owners apparently didn't take care of the dog, saying the animal hadn't been neutered and had heartworms.

After receiving treatment, Oscar will be welcomed home by his new owners and their Chihuahua-terrier mix, Harry.

“I know it’s silly to think that a dog is gay, but if he wants to be gay as hell, he can be gay here,”  Nichols told the Charlotte Observer. “We’ll still love him and take care of him.”