Gathering tales from descendants of the Great Hunger

Great Famine Voices Roadshow to gather memories and stories from Irish emigrants and descendants in the USA and Canada. 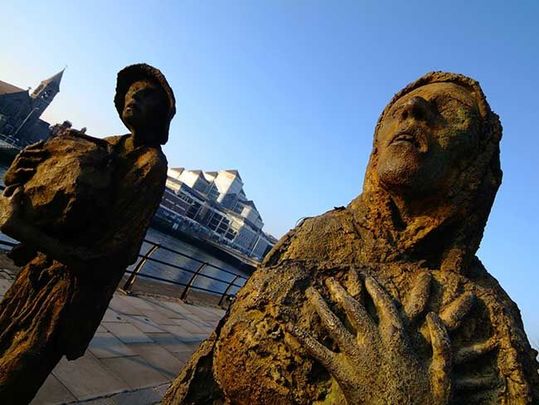 A close of one of the statues at the Famine Memorial, in Dublin. iStock

Great Famine Voices Roadshow to gather memories and stories from Irish emigrants and descendants in the USA and Canada.

The Great Famine Voices Roadshow, hosted by the National Famine Museum at Strokestown Park and Irish Heritage Trust, returns to the United States, Canada, and Great Britain this spring. Now in its third year, the Roadshow gathers memories and stories from Irish emigrants and their descendants about their journeys from Ireland to North America and Great Britain, especially during the Great Hunger.

Read more: The disturbing origins of the Irish Famine term “take the soup”

The 2020 Roadshow was launched at the Irish Cultural Center and McClelland Library in Phoenix, Arizona, during the International Famine Commemoration.  It will next travel to the Buffalo Irish Center (April 15th) and then to the Irish Canadian Club of Hamilton (April 18th), Fort George National Historic Site in Niagara-on-the-Lake (April 19th), and Trail College at Trent University in Peterborough, Ontario [April 22nd].

In May, the Roadshow will visit Liverpool, England, with events at the University of Liverpool’s Institute of Irish Studies (May 1st-2nd) and Liverpool Irish Club (May 3rd).

The Roadshow continues to the United States with a visit to the Irish American Heritage Museum in Albany, New York (May 14th).  Its closing event will be held [May 18th -19th] at the Choctaw Nation of Oklahoma Tribal Headquarters in Durant, Oklahoma. The team is looking to gather family stories and memories of the generous gift of $710 made by the Choctaw Nation in 1847 for Irish Famine relief.  That amount today is estimated to be $70,000.  (Although it is difficult to fix exact equivalents between old and current monetary amounts, most late-nineteenth-century sums should be multiplied by between 80 and 100 to give an idea of their value at the time of writing.)

“We are very excited to be visiting the Choctaw Nation of Oklahoma,” said Dr. Jason King, Academic Coordinator of the Irish Heritage Trust.

“Last year, Professor LeAnne Howe from the Choctaw Nation joined us at the National Famine Museum for the launch of the National Famine Way walking trail that allows walkers to follow in the footsteps of the 1,490 tenants who were forced to emigrate from Strokestown in 1847. Dr. Howe said that the Famine Irish migration reminded her of the Trail of Tears forced journey of her Choctaw ancestors when they were removed from their native homeland in Mississippi to the Oklahoma Indian Territory in the 1830s.” 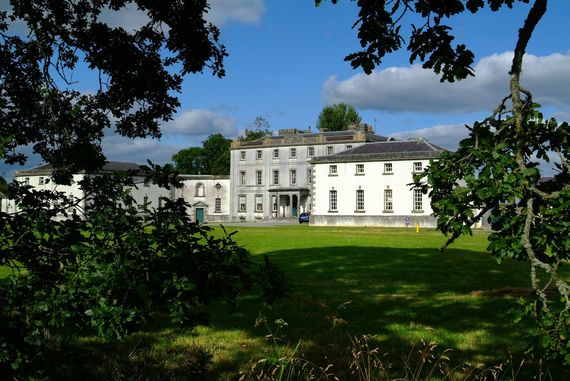 “This is really only about sixteen or seventeen years after our own removal the Choctaw people took up a collection to send to the Irish for famine relief,” said Professor Howe.

“I have always thought that the reason that this touched them so deeply is because of our own experience with going hungry, having to walk on the Trail of Tears. They had great empathy for what was happening to the Irish people in 1847. That story resonates still with the Choctaw people in Oklahoma. As a consequence, the Choctaw people and the people of Ireland have a special relationship.”

The Great Famine Voices Roadshow is embracing the increasing diversity within the Irish diaspora. “We are delighted to be attracting participants from increasingly diverse backgrounds,” Dr King said.

“While the vast majority of people have contributed family memories and stories in English,” he noted, “a number have opted to speak and sing in Gaelic.

“We have also had family memories shared in French when we were in Quebec; in Spanish, when we were in Arizona; and in indigenous languages such as Mohawk, Navajo, and Choctaw. We were especially pleased to have memories signed to us in American Sign Language when we were in Washington, D.C. We have learned about the cultural encounters between Irish emigrants and French Canadians, African Americans, Latin Americans, and the indigenous peoples in the United States and Canada,” he said.

The Roadshow also follows the path of 1,490 Irish who were forced to leave the Strokestown estate in County Roscommon, the home of the National Famine Museum.

“Thanks to the ongoing research of Professor Mark McGowan,” said Caroilin Callery, a director of the National Famine Museum, “we have learned that many of them traveled to the Niagara region of southern Ontario and western New York. It is a poignant and exciting year for the Great Famine Voices Roadshow, as we will be holding events in a number of the actual locations where some of our 'Missing 1,490' settled. We are hoping to hear more family memories from the descendants of our Strokestown emigrants. To walk in these same spaces will be highly evocative for us,” she said.

All are welcome to attend these free public events. Come and tell your story.