The New York GAA football panel will take on Sligo for the Connacht Championship quarter-final at Gaelic Park in The Bronx on Sunday, April 17. 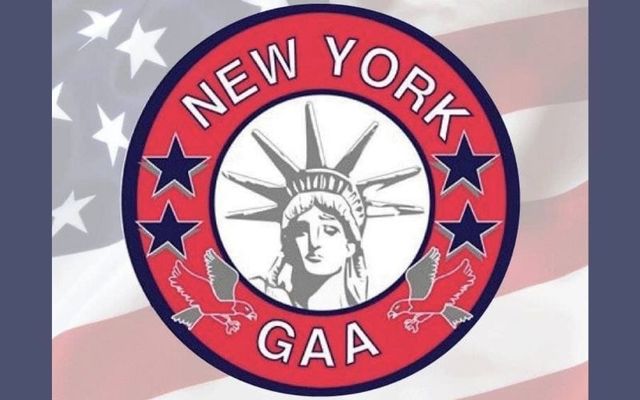 Perhaps it’s a good indication that events are returning to normality on the Big Apple’s GAA landscape as New York takes on Sligo on Easter Sunday at Gaelic Park in the first round of the Connacht Championship.

Covid forced New York to take a two-year hiatus from the competition. New York has been participating in the championship since 1999. For the first three years, the games were played in Ireland, and then they were scheduled in the Big Apple for the last 20.

🔷 The countdown is now well and truly on to the beginning of the 2022 Connacht Senior Football Championship with the ball throwing in on Sunday 17th April between @NewYorkGAA and @sligogaa and @LondainGAA and @LeitrimGAA!#ConnachtGAA pic.twitter.com/I8CmkmLBeV

So far New York has been winless, which provoked a rather polarized and polemical debate between two very notable pundits a few years ago, Pat Spillane and Colum O’Rourke. Spillane labelled New York’s participation as a colossal waste of money and an exercise in futility.

O’Rourke countered that it should not be solely based on the result, but that it was a great social occasion that enabled the diaspora to maintain and enhance contact with their native county.  In essence it’s an occasion for a great gathering, with mutual benefits for all involved.

Granted New York have never won, but they came mighty close on three occasions: they forced Leitrim twice to extra time, while Roscommon escaped when a blistering shot went over rather than under in the dying moments of a royal battle.

Interestingly Sligo also has a few survivors from a decade ago, most notably Keelan Cawley, while Niall Murphy and Vinnie Cadden were panelists.  Murphy is currently Sligo’s most productive forward, and Cadden would eventually switch to New York and become their first choice keeper for the last half dozen years. Word is this year that he has a serious challenger in Down’s Mickey Cunningham for the number one spot.

In 2017 the score was closer, but still, Sligo won comfortably. The only New York players still involved in the current squad are Paddy Boyle, Keith Scally, and Cadden. Sligo still has about a half dozen in contention from that game, among them Aidan Devaney, Keelan Cawley, Paddy O’Connor, Niall Murphy, and Darragh Cummins.

Sligo is in Division 4 of the National League and they finished third below Tipperary and Cavan. Though failing to get promoted they had a reasonably respectable league campaign, with wins over Waterford, Wexford, Carlow, Leitrim, and London, and losses to Cavan and Tipperary.

Indeed their most impressive victory was against London as they caulked up 3-19 to 0-10 as Brian Egan, Alan Reilly, and Niall Murphy accounted for 3-10, plus Murphy was top scorer with 2-5.  Murphy has been a veritable scoring machine as he clocked up 1-10 against Leitrim earlier in the year, while his partners on the full forward line, Alan Reilly and Pat Hughes combed for 0-5 on that occasion.

New York folks will be well aware of Murphy’s prowess. He played with the Sligo club here two years ago when St. Barnabas defeated them in the New York senior final.

Sligo’s last game in the league was against Leitrim, defeating them by 2-16 to 2-10, though the outcome was inconsequential as regards promotion.

Among others to line out were Mark Gordan, Brian Egan, Conor Griffin, Nathan Rooney and Luke Towey. The latter two were noted for having a noticeable impact when introduced. Rooney is a son of Aidan, a former Leitrim sharpshooter and a grand nephew of Sligo’s greatest player, Mickey Kearins. Towey has just returned from his two-year stint with the AFL Down Under.

I’m sure manager Tony McEntee will be delighted to have a bit more power and scoring prowess at his disposal. In the final analysis, Sligo will start as favorites, but they are hardly in the killer bee category.

What are New York’s chances this year?  There are a few factors that generate cautious optimism. Since the beginning of the year, over 40 players have been training diligently, intensely, and consistently. Management reports that they got great commitment from all the players, and there were no holdouts as sometimes was the case in previous years.

The squad has been coached and conditioned very well, and it has been reliably reported that this will be the Big Apple’s fittest team to play in Gaelic Park.

The team will include a good mixture of very talented young American-born players. St. Barnabas have been champions for the last two years, and a seasoned cadre of Irish-born players with an extensive array of experiences in premier competitions.

Recently, New York played Salthill-Knocknacarra in the Sean Armstrong Memorial Cup, and though the Galway team edged by with a late victory, 2-11 to 0-16, the local squad was impressive. Besides their fitness being very apparent, their judicious use of possession, their support play, their running off the shoulder along with their fluid and high-intensity play was quite notable and effective. The lineout for that game was: Mick Cunningham: Jamie Boyle (captain), Alan Campbell, Colin Keane; Jamie Davies, Keelan Beirne, Dan O’Sullivan;  Stephen Monaghan, Peter Fox; Ger McCullagh, Adrian Varley, Connell Ahern; Tiernan Mathers, Johnny Glynn, Mikey Brosnan.

At the time this would have been regarded as the best starting 15. However, in fairness to management, they decided to give every player an opportunity, so there were wholesale changes throughout the second half which made it difficult to track performances.

There were a few players who made a noticeable impact once they entered the fray. Among them were the Reilly cousins, Jack and Sean, Niall Madine, Tony Donnelly, and Shane Brosnan. New York’s most impressive player was Kildare man Dan O’Sullivan, who scored a few points from his wing back position.

Since then, New York’s ranks have been bolstered by a number of versatile players. Among them is Mark Ellis, a Cork hurler who looks quite adept with the bigger ball and could possibly slot into a central position. Westmeath’s Adam Stones is also in town as is Cillian Butler, who ran up some exciting scores with London over the last few years. Paddy Boyle seems to have recovered well from injury, and I’m sure he’ll be ready to be deeply immersed in the forthcoming fray.

The team will not be announced until Thursday, but I would expect about two-thirds of the players who played against Salthill to be starters.

One of the big questions is where is the big man Glynn going to line out, as a target man on the edge of the square, or as a disrupter and a dispatcher in the middle of the park? His selected role will obviously impact other pivotal placings and pairings.

One perennial problem that New York legitimately claims to have is lack of match practice. The visitors have a definite advantage as Sligo has already played seven this year, while New York has just played one.

I was surprised to learn that the New York panelists did not play for their respective clubs, other than a cameo appearance for those recently arrived. I thought the abstention from their clubs’ games might be a precautionary measure against possible injuries. However, that premise was quickly debunked after I observed an in-house scrimmage.

There certainly were no non-aggression pacts, or as one observer said they were taking lumps out of each other. Naturally, any player that’s worth their intestinal salt is not going to hold back when a place on a county team is at stake.

As I said earlier, it’s great to see things coming back to normal, and hopefully a bumper crowd will be on hand to support this New York team because they certainly have put in a huge effort since early January. I’m told that Sligo will have plenty of support as basements, attics and spare couches are being readied for out-of-town and overseas supporters.  Here’s wishing New York the best, and hoping the result is not normal for this year.