A round-up of GAA news from around Ireland, including Cork takes extra time to beat the Cats; Gillane leads Limerick; Covid hits All-Ireland and GAA shorts. 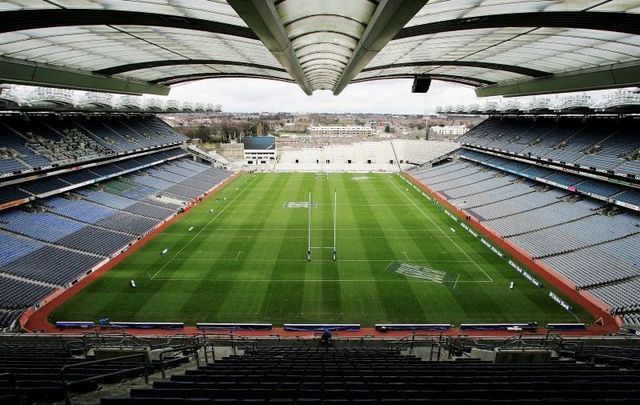 Home of the GAA, Croke Park in Dublin. Getty

A roundup of GAA news this week from around Ireland.

Diarmuid O’Sullivan gave as good as he got throughout his star-studded career on the field with the Cork hurlers – now he’s operating off the field in his role as selector he sees no reason not to tackle the commonly held opinion that this year’s All-Ireland is Limerick’s to lose, certainly not after his team’s brilliant 1-37 to 1-32 extra-time win over Kilkenny in Sunday’s dramatic semifinal at Croke Park.

A 24,000 strong crowd were given full value for money and then some as these two giants played out a thriller that was only forced into extra-time by a last-minute goal from Cats captain Adrian Mullen as his side came back from the dead and a six-point deficit.

That Mullen blow to the solar plexus would have winded most teams but not Cork as they rallied like real heroes to win the day in the added time that saw a Jack O’Connor goal prove crucial on an afternoon when Patrick Horgan hit 15 points, nine from frees, and Shane Kingston scored seven points as a substitute after he was dropped by his father and Cork coach Kieran!

O’Sullivan was quick to praise the character of Horgan, Kingston, and their fellow Cork players as they savored the win over Kilkenny that sent them into an All-Ireland final showdown with red hot favorites Limerick on Sunday, August 22. But don’t dismiss Cork in his company as he made clear to the media following the semi-final victory.

“Underdogs? Sure to listen to the television and everything written and said today lads, Limerick’s name is already etched on the cup, so where do we go from there?” stressed O’Sullivan when that very point was made to him.

“They’re the greatest team that have played the game over the last number of years, so we’ll come up, see how we get on, and we’ll throw what we can at them.”

The Rock quickly turned the attention back to the on-field exploits of the Cork players on Sunday and their recovery after the hammer blow of that Mullen goal. He added, “The lads have taken control of all of these little scenarios and all these little points that are important to win games. Yes, it was a sucker punch, but once we got to the dressing room the players took control of the scenario and took control of situation again.

“It’s down to what’s inside the dressing room.  It’s that heart, that willingness, and that want. Any person who wants to climb Everest has to go through it. Our guys; we are extremely proud of them because maybe 12 or 24 months ago, take the Tipperary game last year, we had Tipperary on the back foot and we couldn’t see it out so today was very pleasing from our point of view.”

Shane Kingston and his fellow subs scored 11 of Cork’s 37 points on Sunday with their contribution acknowledged by their manager and his selectors afterward. “That’s why we have a bench. We had 11 guys back in Cork whose hearts were in their boots on Friday night when the squad was announced because we can only bring 26. They firmly believed they had something to offer and yes, they would have,” continued O’Sullivan, a winner when Cork last lifted the MacCarthy Cup 16 years ago.

“The guys who came on and made an impact, that’s what we expect of them. The guys at home, we’ll be expecting them to come back on Tuesday night and try and see can they force some of those players out. This is a revolving door. Our bench selection over the past few weeks, we’ve had guys come in and get minutes and move out of the squad the next week. Guys are continually putting their hands up, that’s what we need, that’s what we want.”

Brian Cody has now lost just four All-Ireland semifinals in his 23 years as Kilkenny manager, and Sunday’s setback represented the first successive defeats at this level for the legendary Cats supremo. When Mullen netted with 75 minutes on the clock to force extra time, a different outcome was possible but not probable and so it proved.

“It was a huge, huge score for us to get,” said Cody. “It was one of those games where we had chances at different times in the game, they had chances as well, it kind of ebbed and flowed a fair bit. It obviously looked coming to the end of normal time that they were going to win it in normal time, but we scored a very good goal.

“They played out extra-time very well, obviously. We started extra-time pretty well, as it went on then the goal was a huge score for them and they just had that breathing space and they just played it out very well after that.

Aaron Gillane scored a peach of a goal and six points for good measure to win the Man of the Match award for himself and the All-Ireland semifinal for title tips Limerick as they blew Waterford aside by 11 points, 1-25 to 0-17, in Saturday’s semifinal at Croke Park.

Gillane has been a star of the show all season for John Kiely’s team, and Saturday was no different as the reigning champions made it three MacCarthy Cup deciders in four years. Afterward, he was quick to share the credit around the Limerick squad.

Speaking to Sky Sports, Gillane insisted, “Everyone says competition in a squad is a great thing and I think it really showed in our panel today. Graeme Mulcahy came on and we seen the work he done. Richie English, the likes of Colin Coughlan coming on, a massive day for him.

“I suppose the cliche that everyone says, we know the challenge we’re going to get from Waterford. We’ve seen the strides they have made in the last couple of years and we know the sort of competition they are so we’re absolutely relieved to get over the line.”

Playing in front of the biggest crowd at an Irish sporting event in 18 months, Limerick boss John Kiely was delighted their fans enjoyed the spectacle and the victory.

He said, “It’s great. It’s great to see people coming up from the train station, from Heuston today before the game. The city was alive with people from both sides, from Waterford and Limerick, all excited.

“Families out. Grandparents, parents and kids going to games again. Heads sticking out of cars. Fellas swigging an auld can of cider, whatever it might be. It’s a bit of normality back again. It’s another step forward for us getting our lives back together again. It’s just lovely to see people happy, enjoying themselves and enjoying the sport, and having a day out.”

Limerick are likely to appeal a late red card for Peter Casey in Saturday’s game but they will start as favorites against Cork in the final as they look for successive All-Ireland final wins and talk of the two-in-a-row.

“It’s clearly a talking point, and will be a talking point for the next two weeks,” admitted Kiely. “I’m sure there’ll be plenty of podcasts and papers that will have that phrase in there, but from our perspective, we’re a team that are preparing for a game.

“Of course it’s there. We acknowledge the fact that it’s there. But does it impact on anything else that we do? Not at all. Does it mean that we’ll prepare the next two weeks any different to what we did last year? No it won’t. But listen, it’s a great achievement.”

Tipperary-born Waterford manager Liam Cahill will now consider his future with the Deise after losing the All-Ireland final to Limerick last year and the semifinal this season, both by 11 points.

The All-Ireland football series has been hit by another Covid-19 setback with Sunday’s senior semifinal between Kerry and Tyrone postponed for six days due to a number of positive tests within the Ulster champions’ squad.

A statement from the GAA said, “This decision was taken following a status report received by the GAA relating to positive Covid cases in the Tyrone panel. The GAA football under-20 final meeting of Offaly and Roscommon will proceed as planned at Croke Park at 1:30 p.m. on Sunday, with the same permitted attendance.

“The GAA will continue to liaise with the appropriate government departments and officials to discuss the practicalities of having these revised fixtures included under the statutory instrument that has facilitated the increased attendances of recent weeks.”

Shane O’Brien has quit as Westmeath senior hurling manager while Fintan O’Connor has resigned from his role as Kerry hurling boss . . .

Armagh legend Kieran McGeeney is to stay on as his county’s senior football team manager next season, his eighth year in charge.

*This roundup first appeared in the August 11 edition of the weekly Irish Voice newspaper, sister publication to IrishCentral.