Family, friends, and heritage were of the utmost importance Clare man Danny Moloney, who was laid to rest in New York on January 15. 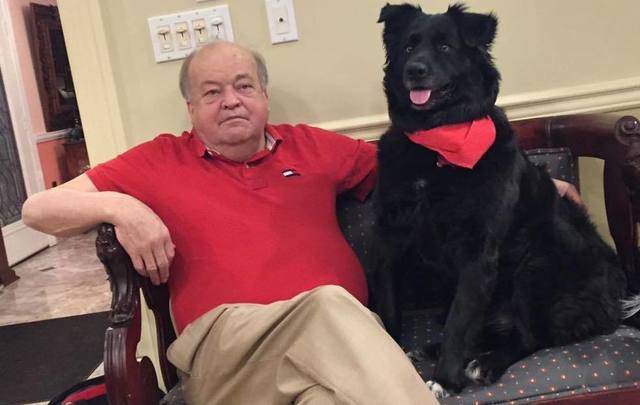 Danny Moloney, the Co. Clare-born owner of Liffey Van Lines in New York who passed away on January 10, was remembered as a proud Irish American who had a “legendary impact” on the lives of others in ways both public and private, his niece said at Saturday morning’s funeral Mass at St. Jean Baptiste Church on Lexington Avenue.

Julie Hogan-Coll spoke to a church filled with hundreds of mourners who came to remember the life of a man who emigrated from Clare and started a small company with one vehicle back in 1975 that eventually grew into a “global enterprise plus a storage and real estate business,” Hogan-Coll noted.

“Business acumen and an ability to work well with all kinds of people, an indomitable work ethic, courage and confidence were the elements that helped him expand Liffey Van Lines.”

Though his success in New York was exceptional, family – led by his wife Rose and son Danny Junior – friends and heritage were of the utmost importance to Moloney, who had just turned 75 when he passed.

He never missed a chance to do a good deed, as many can attest to. “It is heartwarming and comforting, though not surprising, to know just how many lives Danny affected in such powerful and positive ways,” Hogan-Coll said.

“There can be no reflection on the life that Danny and Rosie built together that does not center on generosity.”

The Irish clubs and organizations Moloney supported were numerous; equally so were the people who needed help and always knew that he had their backs – “an envelope passed at a time of need. Or the dignity of a paycheck that supports a family,” Hogan-Coll said.

Members of the County Clare Association and the Emerald Guild, two of the New York Irish groups that Moloney belonged to, formed guards of honor at the church, the same one where Danny and Rose were married 47 years ago.

A wake for Moloney was held at Frank E. Campbell’s on Friday afternoon that was also attended by crowds of family and friends who gathered to pay their respects.   He was laid to rest at Gate of Heaven Cemetery in Hawthorne after his hearse and dozens of cars in a procession made one last journey to the base of his operations, Liffey Van Lines on East 121st Street where staffers stood outside to say farewell.

“Danny would not be someone who just visited this world. Rather, he made it his own,” Hogan-Coll said.

“It is so fitting that Liffey Van Lines is centered on the business of moving when Danny was a man who helped so many of us get to where we wanted to go.”