National AOH Immigration Working Committee plans to streamline communication between its members and legislators across the U.S. on Irish Immigration. 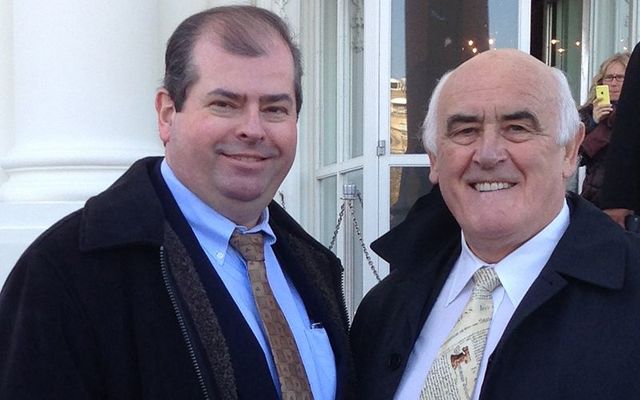 National AOH Immigration Working Committee plans to streamline communication between its members and legislators across the U.S. on Irish Immigration.

“We want to assure everyone that our community is law-abiding and not specifically targeted. Those who have been deported so far are out of status and possess a criminal arrest record.  Since the inception of the AOH in 1836, we have stood fast against defamation and discrimination of Irish Americans and Catholics from all walks of life.”

AOH national President Judge James McKay of New Orleans instructed the National Working Committee to form to streamline communication between his tens of thousands of members and legislators across the U.S. on Irish Immigration. The committee will assist Hibernian officers and members across the US as the organization encourages an equitable U.S. immigration law for Ireland. The AOH also cooperates with other groups for a fair American immigration policy.

Read more: US embassy in Dublin under fire from disgruntled applicants, attorneys and politicians

A press release further added, “Irish American leaders have grappled with the longstanding issues of nearly 50,000 undocumented Irish living in the and inadequate legal means for the Irish to attain U.S. visas. Ireland is unique in its support for its diaspora.  Its Emigrant Support Program overseen by its Washington embassy and consulates across the U.S. provide funding for Irish immigration centers in major cities across the U.S.”

McKay says, “We think this committee will prove to be a welcomed networking tool for our order in assisting the Irish undocumented as well as a lobbying force on new proposed Immigration legislation.”

‘We look forward to working with our members and other organizations as we fight 50 years of inequitable U.S. immigration policy towards Ireland and for 50,000 Irish undocumented people waiting for a visa.  As Ireland faces the consequences of Brexit and America addresses Immigration laws, it is crucial that Irish Americans and the AOH ensure Ireland does not become a forgotten issue,” said Dennehy.