Colm "Gunner" Quinn, a native of Newry, Co Down, is being remembered as a "gentleman" in the wake of his tragic death on March 10. 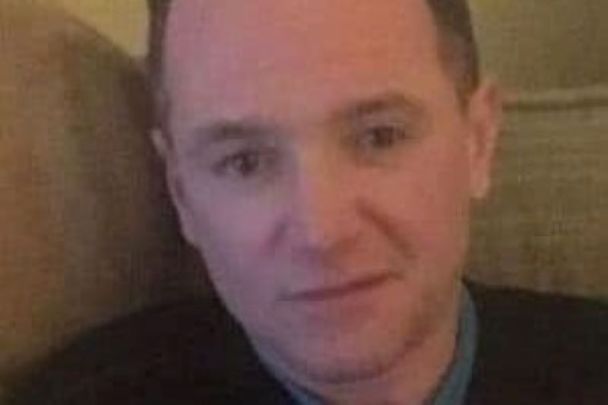 Colm Quinn, a native of Newry in Co Down, tragically passed away on March 10 after an accident on a construction site in New Jersey.

It is understood that the 43-year-old fell seven stories in an elevator shaft at the Jersey City, New Jersey construction site where he was working on Wednesday morning.

Quinn, a contractor who had been living and working in New York for a number of years, was taken to the nearby Jersey Medical Center but was pronounced dead.

“Born in Newry, Co. Down to Thomas and Mary Quinn, Colm was the eldest of six children. Colm was known from a young age as Gunner and held this nickname from childhood through to adulthood.

“His love of sport was evident from a young age and he enjoyed playing and watching Soccer and Gaelic with Mountainview, Bosco, and Newry Shamrocks. Colm excelled at sports and was never seen without a ball as a child.

“His wit and humour were one of his many attributes and his personality was noted by everyone that he met. By Colm's own admission, he led an interesting and adventurous life, and the impact he had on us as a family and the many friends he made over the years is immeasurable.

“Colm's work ethic was as such that he worked all over Ireland before moving to New York in September of 2002. He quickly made New York his home and worked as a mason for various companies, as well as for himself.

“Colm was well respected by all his colleagues and all that he met. He was always honest and to the point. The many messages of support from all over the world are reflective of the high esteem Colm was held in.

“Colm will be remembered as a gentleman. He had a great sense of humour, was full of devilment, and had a cheeky smile. Colm made an impression on everyone that he met and was renowned for helping people, especially those that made a recent move to NYC.

“Colm is survived by his parents, Thomas and Mary Quinn, his siblings, Donal, Ciara, Patrick, and Marita. He is predeceased by his brother Thomas. He will be missed by his nephew, and nieces, extended family, and friends. Colm will be sorely missed by everyone who knew him.”

The obituary suggests donations be made to the Kevin Bell Repatriation Trust, based in Newry, Co Down, which is understood to be assisting the Quinn family.

The Community of Ballyholland is shocked & deeply saddend at the death of Colm 'Gunner' Quinn, who tragically passed...

Local politicians in Co Down also offered their condolences. SDLP councillor Karen McKevitt, who knows the Quinn family, told the Belfast Telegraph that the "community is in shock and they're devastated.

"This is the second son the family have lost after losing a son to cancer three years ago.

"The family are well-respected people in the area and they are members of this close-knit community. Everybody is just devastated.

"I had to drive past their house myself today to go into Newry and you couldn't but bring a tear to your eye. It is just so, so sad.

"Colm was a lovely fella and had been in America for some time. A really lovely lad. It's just heartbreaking.

"I had heard quite early on that it had happened and I could hardly do a thing yesterday afternoon because we were that annoyed about it.

"God knows what the poor family are going through and the community is just numb.

"The family only live a mile-and-a-half from me and the Ballyholland community will rally around the Quinn family. We will do everything in our power to get them through this desperate, desperate situation."

Sinn Féin Newry and Armagh MP Mickey Brady said: “There is shock and sadness throughout our community following the death of this popular young man, Colm Quinn.

“Tom and Mary and the Quinn family are highly respected throughout the area and this tragic death coming soon after the loss of another son Thomas in February 2018, has cast a dark cloud of sadness over the entire area.

“On behalf of the entire community, I extend our deepest sympathies to parents Tom and Mary, brothers Donal and Patrick, sisters Ciara and Marita, and the entire family circle on their tragic loss.”