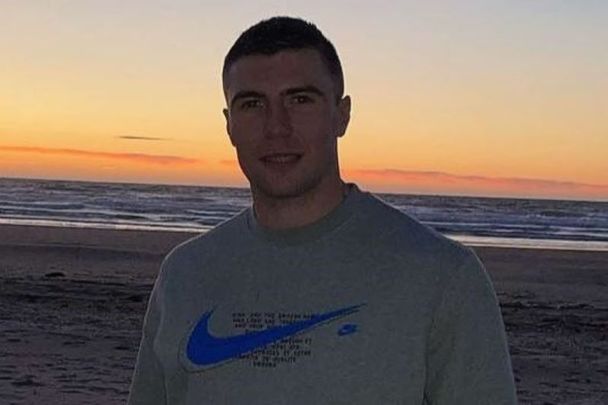 Ciaran McFaul, 28, is facing charges in Boston, Massachusetts in connection with an unprovoked attack that left one victim at risk of losing a kidney, District Attorney Kevin Hayden said in a statement.

Judge Pamela M. Dashiell imposed a $5,000 cash bail – the same amount that was posted following McFaul’s arrest – and ordered him to stay away from and have no contact with the victim, surrender his passport, stay in Massachusetts for the duration of the case, wear a GPS tracking device, consume no alcohol and use a SCRAM device to monitor alcohol consumption.

Police say that at around 2:00 am on June 20, a heavily intoxicated McFaul was kicked out of Lincoln Tavern and Restaurant following his attempts to start fights inside the establishment. On West Broadway outside the tavern, he encountered three men and assaulted the group. He punched one victim three times in the face, causing the victim to fall to the ground. He then kicked the victim in the abdomen at least five times with a shod foot.

The victim suffered serious internal injuries including a stage four kidney laceration and internal bleeding. He was hospitalized in the Intensive Care Unit of Brigham and Women’s Hospital for two days and risks the complete loss of one kidney as a result of the unprovoked attack.

“This man’s hunger for violence resulted in potential life-long impacts on a victim who was doing nothing more than standing on a street corner with friends. We will ensure that he is held accountable for the harm he inflicted,” Hayden said.

McFaul is set to return to court on September 14 for a pre-trial hearing. He is represented by Attorney Keith Nicholson. The Suffolk County DA noted that all charged individuals are presumed innocent until and unless proven guilty beyond a reasonable doubt.

McFaul played professional Gaelic Football in Derry for nearly a decade before he moved to Boston to play for Donegal Boston GFC earlier this year, The Daily Voice reported.

In April, Irish News reported that Derry boss Rory Gallagher confirmed McFaul would not be continuing on the team.

Two excellent points for Ciaran McFaul during our win against Down last Saturday night 👌 pic.twitter.com/F1LjAvqFtu

“Ciaran’s no longer part of our panel,” Gallagher said at the time.

“It’s come to an end in a way that suits both parties. Ciaran’s commitment levels haven’t been what has been needed since the very start of the year and by his own admission he’s not performed as we would expect him to.

“If he wants to revisit that for next year, we’ll certainly look at that but for now he won’t be involved.”

Irish News reported at the time that McFaul was expected to return to Donegal Boston, "where he stood out during the club’s championship success in 2018."