Sarah Cavanaugh, 31, allegedly told several non-profits that she had served in the US Marine Corps, describing herself as a combat veteran and a Purple Heart and Bronze Star recipient. 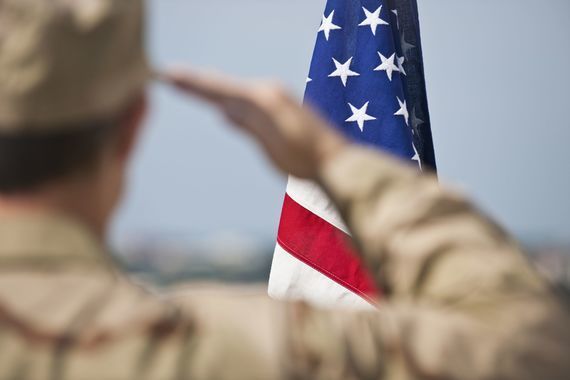 An Irish-American woman who falsely claimed to be a Purple Heart recipient is set to plead guilty to charges of fraud, aggravated identity theft, forgery, and fraudulent use of medals, the US Department of Justice has announced.

Sarah Cavanaugh, 31, allegedly told several non-profits that she had served in the US Marine Corps, describing herself as a combat veteran and a Purple Heart and Bronze Star recipient.

She also went on two retreats with Patrol Base Abbate, an organization dedicated to helping veterans, and told the organization's president Tom Schueman that she was suffering from lung cancer due to metallic particles from IED blasts.

However, after searching through Defense Department records, the Department of Justice said there was no indication that Cavanaugh ever served in the armed forces.

The Justice Department also alleged that Cavanaugh used her position as a licensed social worker with the Department of Veteran Affairs at the Rhode Island Veterans Affairs Medical Center to gain access to documents, personal information, and medical records belonging to a Marine. She also accessed the records of a cancer-stricken Navy veteran, the Department said.

Cavanaugh then used those records to create fraudulent documents and medical records in her name, claiming that she was an honorably-discharged Marine suffering from cancer, according to the Justice Department.

The Department added that she then used those fraudulent documents to obtain more than $250,000 in cash, charitable donations, and services reserved for injured veterans.

She is accused of fraudulently obtaining 460 hours of Emergency Paid Leave worth $20,000 and a further 261 hours of federal leave time donated by other federal employees due to her fraudulent illness.

Cavanaugh served as commander of the Veterans of Foreign Wars (VFW) Post 152 for more than a year before resigning in February.

She also appeared at several veteran functions in a borrowed Marine uniform decorated with medals.

The New York Post reports that Cavanaugh set up a GoFundMe page as part of her fraudulent fight against Stage 4 cancer, which she claimed originated from exposure to burn pits in Iraq.

The Post also reports that Cavanuagh defrauded the Wounded Warriors Project of $225,895, while she also defrauded $14,972 from the CreatiVets in tuition and travel expenses.

She faces a maximum sentence of 24 years in prison, but prosecutors will recommend a lighter sentence as part of the plea agreement. The federal district judge who presides over the case is not bound by the recommendation.